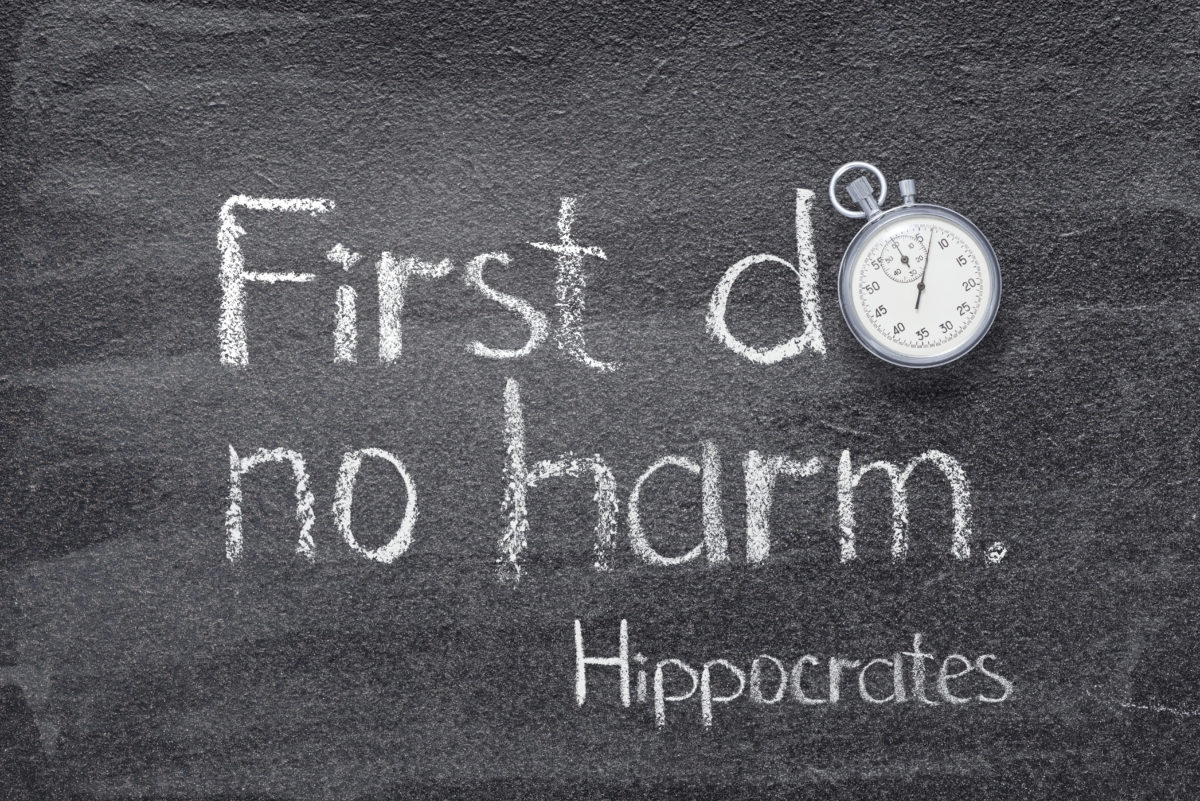 What is the public health significance of this article?

Clinical practice guidelines are increasingly important in healthcare. However, in order to maximize their use in informed decision making as part of care, it is critical to have an understanding of the potential harms and burdens of treatments in addition to the potential benefits. Currently, there is a paucity of data on treatment harms and burdens as well as inconsistent definitions, which limits the ability of guideline developers to produce fully supported and documented recommendations. This in turn reduces the information that providers and patients can use as they engage in decision making about treatment. This issue is noted in particular for mental and behavioral health treatments as medication trials more commonly report this information. This situation could result in psychopharmacology receiving more attention compared to psychosocial care, due simply to the availability of more comprehensive information about treatment, including harms, for use in decision making. Ultimately, patients might be offered fewer options for treatment, which could hamper their ability to find the appropriate treatment for their individual situation. The referenced paper provides a summary of this problem and details implications and challenges for current and future guideline development. It also includes an example from the American Psychological Association’s (APA) clinical practice guideline development.

What are clinical practice guidelines?

It can be difficult for busy providers, patients, and their families to keep on top of the rapidly growing amount of scientific literature on treatments for various health conditions, let alone consider the quality of that literature. Clinical practice guidelines address this challenge by providing a brief summary of the literature, including an analysis of the potential benefits versus harms of treatment. Clinical practice guidelines are based on a systematic review of the literature and provide recommendations about treatments to enhance patient outcomes and also factor in the quality of the evidence base (APA, 2002; Institute of Medicine [IOM], 2011).

So, what’s the issue?

By definition, the balance of potential benefits versus harms of a treatment is an essential component of decision-making in developing a clinical practice guideline. Given this, a guideline panel commonly rates serious harms as one of its two most critical outcomes for making decisions about treatment. Like other organizations that develop guidelines, the APA’s clinical practice guideline development process uses the balance of potential benefits versus harms as one of the main decision-making components in determining guideline recommendations. APA also considers the overall strength of the evidence, patient values and preferences, and applicability in its guideline development.

A challenge arises however due to the relative paucity of reporting of harms in the literature, particularly with psychotherapy efficacy and comparative effectiveness trials, which then limits decision-making regarding the relative balance between potential benefits and harms of a treatment. Due to this dearth, the former IOM’s (now National Academy of Medicine) 2011 standards for guideline development allow for lower quality evidence to be used when identifying harms and evaluating the balance with treatment benefit.

However, this led to one of the biggest challenges in APA’s guideline development process. Specifically, following best practices, the overall strength of the evidence can be only as high as the lowest strength of evidence given to the panel’s critical outcomes (Guyatt et al., 2013). Given the dearth of information on potential harms in the psychotherapy literature, APA’s panels had to resort to lower quality evidence for potential harms, resulting in the overall strength of evidence for many recommendations being very low/insufficient. This is unfortunate given the good quality research on psychotherapy efficacy.

While APA can address and discuss this issue in its guideline development, the same might not be true for others creating clinical practice guidelines in this area. Given the increasing use and importance of clinical practice guidelines in healthcare, it is critical that the field include information about potential harms in psychotherapy research, including reporting when no harms occurred. It will also be important for the field to consider other ways to define harms and burdens (e.g., consider long term outcomes) and to standardize a definition of harms for the discipline.

Ideas for guideline developers for additional sources of information on harms and burdens as well as for determining whether sufficient information has been obtained from various sources are detailed in the referenced paper. Lastly, given the challenges outlined, although guideline developers will need to continue to weigh the balance of potential benefits versus harms, we recommend that developers consider reporting the strength of evidence separately for benefits and for harms. This would increase transparency and information for the end-user about what is truly known versus not known about potential benefits and harms of treatment.

Conclusion and call to action!

Consistent with APA’s latest Journal Article Reporting Standards (JARS) (Appelbaum et al., 2018) and the Consolidated Standards of Reporting Trials (CONSORT) (Moher et al., 2010), we agree that important adverse events/harms should be reported for every condition including stating when there are no harms. In fact, we recommend that all relevant harms and burdens be reported as what is “important” varies by individual. This reporting should occur in researchers’ primary publications as information included in secondary publications is often less accessible to guideline developers. Further, harms should be thoroughly defined in each paper, especially until a standardized definition is accepted in the field. Each of us should take responsibility for reporting harms and burdens in our own research and request that they be reported when reviewing others’ manuscripts. With efforts from all, this imbalance in reporting can be remedied and this critical information will be made available to guideline developers to assist providers, patients, and their families in making fully informed decisions about treatment.

Raquel Halfond, PhD, is Director of Evidence Based Practice, in the Practice Directorate, at the American Psychological Association (APA). Dr. Halfond leads APA’s efforts regarding evidence-based practice (EBP) in psychology. This includes the development of resources, such as clinical practice guidelines, and the promotion of EBP in clinical practice as well as serving as a liaison to external stakeholders. She has extensive training in evidence-based treatments, particularly for children and adolescents. She frequently presents on topics relevant to evidence-based practice and actively publishes in peer-reviewed journals and books. Dr. Halfond is a child clinical psychologist who received her doctorate in clinical psychology from Virginia Commonwealth University, her masters in experimental psychology from Wake Forest University, and her bachelor’s in psychology and Hispanic studies from the College of William and Mary. She completed her APA-approved clinical internship at Children’s Hospital Los Angeles and her postdoctoral fellowship at Harbor-UCLA Medical Center. Dr. Halfond is licensed in Virginia.