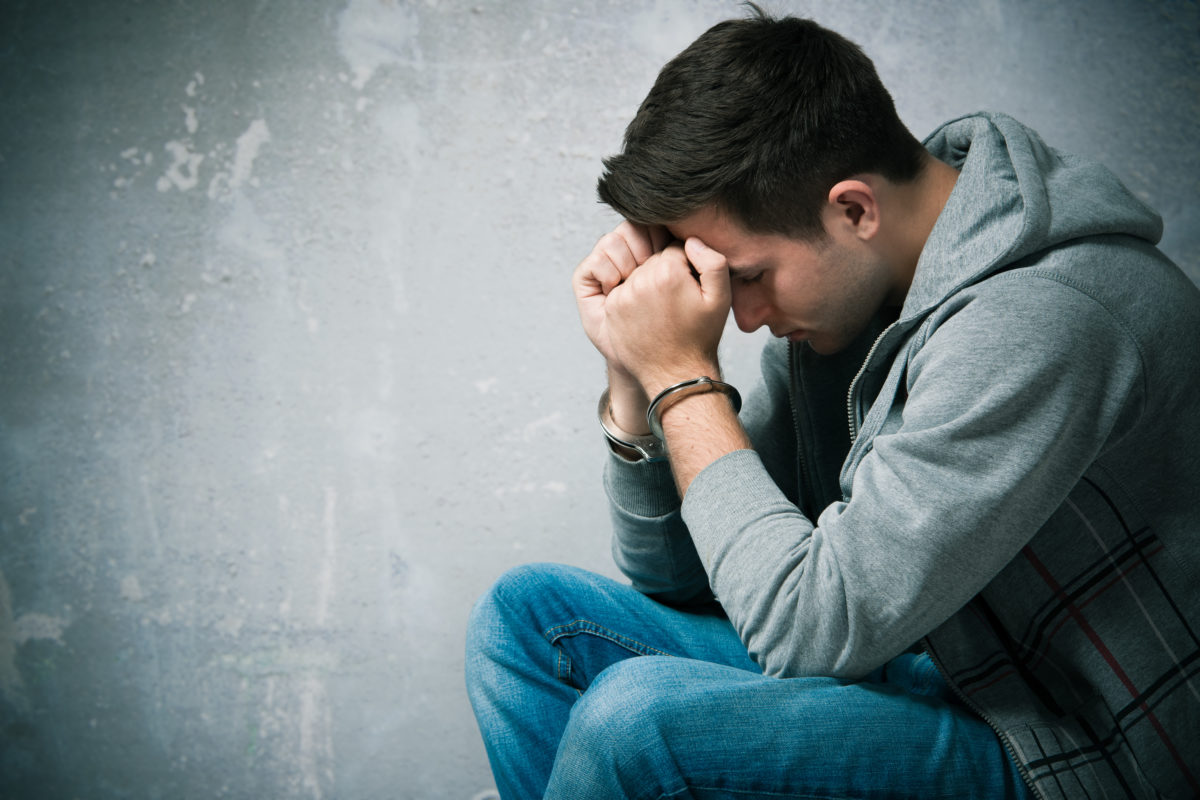 Worldwide, violence is a significant public health problem in terms of its effects on victims, the quality of life for offenders, and the economic burden on correctional services, the health sector, and society generally. Research suggests there is a relatively small group of persistently violent individuals who are responsible for a significant and disproportionate number of violent incidents (Falk et al., 2014). These people are often incarcerated or, for some who experience mental disorder, detained in secure hospitals for the purposes of incapacitation and rehabilitation. Violent offenders account for a substantial proportion – up to 70% – of prison populations, hospitalised offenders, and offenders under community supervision in developed nations, and clinical psychologists are often relied upon to address the rehabilitative needs of those considered at risk of further violence.

Over recent years, we have seen a huge expansion in the development and delivery of offender behaviour programs around the world. These initiatives have occurred following extensive meta-analytic and primary research showing that such programs can appreciably reduce an offender’s propensity to commit further crime (e.g., Dowden & Andrews, 2000; Lipsey, 2009). Widely known as the ‘what works’ or risk-need-responsivity approach to offender rehabilitation, the most efficacious programs are implemented in ways that adhere to key, empirically derived service delivery principles (Andrews & Bonta, 2010). Although these broad principles provide a useful framework for deciding whether a given offender rehabilitation program might succeed, they offer little guidance on effective programming for specific types of offenders (Polaschek & Collie, 2004; Serin, Gobeil, & Preston, 2009). As such, we currently have limited knowledge about ‘what works’ to bring about change among serious violent offenders; this is particularly the case for violent offenders who experience mental disorder.

To our knowledge, there has been only one previous meta-analysis exploring violent offender treatment effectiveness (Jolliffe & Farrington, 2007). Among the eight studies that measured violent recidivism, the authors found a statistically significant positive effect of violent offender treatment, with an average difference in percentage reconvicted of eight percentage points among offenders receiving the interventions relative to controls. Jolliffe and Farrington (2007) excluded studies involving violent offenders with mental disorder, including personality disorder, whom we know share a lot of the same criminogenic risk factors and therefore treatment needs as offenders without such psychopathology (Skeem, Winter, Kennealy, Louden, & Tatar II, 2014). To help move this evidence base forward, we conducted a systematic review and meta-analysis of the best available research literature for the effectiveness of psychological treatments for adult violent offenders across both correctional and forensic mental health settings (Papalia, Spivak, Daffern, & Ogloff, in press).

We found and analysed 27 controlled evaluations involving more than 7,000 violent offenders. Most studies (56%) were undertaken in prison environments, followed by community settings (22%) and inpatient forensic mental health settings (22%). We determined treatment ‘effectiveness’ by comparing violent offenders in the treatment and control conditions on rates of community recidivism and institutional (i.e., hospital/prison) misconducts. Overall, we found that treatments with violent offenders significantly reduced violent and general/non-violent recidivism, with an average difference in percentage reoffending of about 10 and 11 percentage points, respectively. The overall effects of treatment on violent and general/non-violent institutional misconducts were considered small by conventional standards and not statistically significant. The lack of significance here was probably explained by two things; first, the variability in effects between studies, and second, the small number of studies included (just five and seven studies measured the effects of treatment on violent and general/non-violent misconducts, respectively).

We were also interested in whether certain methodological factors, sample characteristics, and treatment variables would affect the magnitude of effect sizes for community recidivism. We found a number of interesting trends which we discuss here, but most of these were not statistically significant following correction for multiple comparisons. Not surprisingly, studies that were judged to be at greater risk of bias (e.g., treatment completer samples, smaller samples, non-randomised and non-matched treatment and comparison groups) tended to show larger reductions in recidivism. Consistent with the ‘risk’ principle of offender rehabilitation, treatments delivered to higher risk violent offenders were associated with larger reductions in recidivism than treatments delivered to low, moderate, and mixed risk offenders. In terms of the interventions themselves, several promising trends emerged, including, for example, larger reductions in violent recidivism for intensive multi-modal CBT programs and anger management programs, programs that were longer in duration, programs involving a greater number of sessions per week, treatments that utilised group-based delivery or group-based delivery alongside individual delivery, and treatments delivered in a designated treatment unit or therapeutic community-style unit. Regarding specific treatment components, treatments that incorporated role-play activities and relapse prevention had significantly larger effects on violent recidivism than treatments not incorporating these components. Positive effects on violent recidivism were also associated with the inclusion of offender homework, interpersonal skills, and anger control components.

Overall, our results tell us that psychological treatment is effective in significantly reducing both violent offending and general / non-violent recidivism in adult violent offenders. Less can be said about the association between treatment and institutional misconducts; the non-significant overall effect suggests that more studies are needed before we can know whether treatment positively impacts institutional misconduct. Although we identified trends in our moderator analyses that were interesting, it is important to acknowledge that these do not necessarily reflect causal relationships. For example, we saw a trend for reductions in violent recidivism to be larger when treatments were delivered in a designated treatment unit or therapeutic community-style unit. This might reflect the tendency for such units to provide greater opportunities for offenders to practice and generalise new skills in change-supportive environments, or may simply be confounded by treatment duration (i.e., 250+ hours of treatment delivered in these types of units).

Clearly, more experimental and quasi-experimental research is needed in the area. The studies that met our inclusion criteria still had problems related to matching, measurement, and insufficient reporting of key statistical information. Design-related issues aside, our findings associated multi-modal treatment with the strongest treatment effect, and therefore indicate that a dual-track research program may help to progress the evidence base. The first track examining theory led hypotheses to isolate which treatment components are effective, in what combination, and for whom, the second track examining the effect of broader multi-modal treatment programs on outcomes and mechanisms of action. Implementing such a strategy may improve the association between treatment and reduced recidivism and also provide an answer to why treatment is effective.

1.       Is it reasonable to combine samples drawn from correctional and forensic mental health settings for the purposes of meta-analysis?

2.       What are the challenges associated with conducting randomized controlled trials of violent offender treatments?

3.       What are the likely mechanisms driving reductions in violent and general / nonviolent recidivism?

Nina Papalia, D.Psych., received a Bachelor of Psychology (Hons.) from Monash University and a Doctor of Psychology (Clinical and Forensic Psychology) from Swinburne University of Technology. She is currently a Catalyst early career research fellow with the Centre for Forensic Behavioural Science, Swinburne University of Technology. Catalyst is an Australian consortium for research excellence committed to reducing persistent violence and sexual offending. Dr Papalia is also a registered psychologist with the Victorian Institute of Forensic Mental Health (Forensicare), where she provides psychological assessment and treatment services to imprisoned male offenders with complex mental health needs and challenging behaviors. Her research interests include: understanding and preventing childhood maltreatment and its adverse effects; the victimization and offending overlap; management of serious sexual and violent offenders; juvenile justice; and offender change and desistance.

Jolliffe, D., & Farrington, D. P. (2007). A systematic review of the national and international evidence on the effectiveness of interventions with violent offenders. London, UK: Ministry of Justice.