Using Augmented Reality for the Treatment of Substance Use Disorders

When a patient is undergoing treatment for a substance use disorder (SUD), one of the greatest risks for relapse is encountering the drug itself, or, something that reminds the patient of using the drug (i.e., a “trigger” for use). For example, let’s say an individual who recently quit smoking cigarettes sits down at a table outside of a coffee shop and suddenly notices an ashtray with a cigarette butt in it. The person quickly begins to experience increased heart rate and notices a strong craving to smoke. Upon seeing someone with a pack of cigarettes, the person walks over and asks to have one, resulting in relapse. It is easy to imagine several other similar scenarios that might increase a craving to use a substance, based on the triggers in one’s environment.

The scenario above essentially describes the process of conditioned cue-reactivity, which is based on Pavlovian conditioning (Siegel, 1983; Stewart et al., 1984). During drug use, otherwise neutral stimuli (e.g., ashtray, coffee) become paired with the effects of the drug (e.g., increased heart rate) and overtime, these once neutral stimuli can actually elicit conditioned responses to the drug even when no drug use is occurring. These are often experienced subjectively as drug cravings. Thus, when an individual attempts to stop using the drug, being in the presence of drug cues can result in very strong cravings. In fact, data have consistently shown that environmental stimuli can become conditioned to cause this response among those with substance use disorders (e.g., Rohsenhow et al., 1992; Wray et al., 2011).

Cue exposure therapy (i.e., extinction) has been developed as a treatment strategy to address cue-reactivity. The basic idea is to repeatedly present the client with the drug cues, but without allowing drug use to follow. Despite lab-based studies showing that cue exposure therapy is effective in reducing craving and use (Childress et al., 1986; Drummond et al., 1994; Monti et al., 1993; Unrod et al., 2014), long-term clinical outcomes remain modest (Conklin & Tiffany, 2002). The limited efficacy of cue exposure therapy has mainly been attributed to the lack of attention to context effects, such that extinction that occurs in the lab does not generalize well to the real-world environment (i.e., the renewal effect).

Our manuscript that was recently published in Clinical Psychology: Science and Practice (Vinci et al., in press) describes the potential of augmented reality (AR) to mitigate existing limitations of cue exposure therapy. AR is a novel and rapidly-emerging technology that superimposes digital objects onto real-world scenes as viewed in real time through a smartphone, tablet, or headset. AR first got wide-spread attention with the Pokémon Go app, and it has since expanded to other uses in retail, education and entertainment. For instance furniture retailers have used AR to allow consumers to view digital depictions of products within the home (e.g., viewing a rug or couch via AR in your living room before deciding to purchase). Importantly, AR images reflect the features of the real life object in color, texture, shadowing, etc. Movement can even be added to an image to emphasize certain features, such as condensation on a glass or smoke from a cigarette. The user can view the object from different angles, directions, and distances to fully understand what it will look like in that space.

With AR, scientists can develop drug-specific stimuli (e.g., lighter, ashtray, glass of beer) that can be inserted into the patient’s actual environment as viewed through their smartphone or tablet. Utilizing AR allows for a personalized experience that takes place in the real-world environment, which should facilitate the extinction process. One of the major limitations of traditional cue exposure treatment is the inability for extinction to generalize outside the lab or clinic. AR inherently addresses this limitation, as all cue exposure sessions can take place in the real world environment, where drug use typically occurs (e.g., back patio for smoking cigarettes; recliner for drinking beer). In other words, AR allows the treatment to be tailored to both that individual and their environment, which should enhance treatment effects. Furthermore, AR provides safe exposure to drug cues (i.e., they are artificial) when compared to the traditional presentation of in vivo, or real-life drug cues. Thus, AR should not pose a direct risk of relapse. To date, research has examined the potential of AR in the treatment of anxiety disorders (primarily phobias) with promising results (Giglioli et al., 2015). We are optimistic that AR can produce similar results for improving cue exposure treatment for substance use disorders. If successful, a wide-range of clinical interventions might be enhanced by AR to improve the generalizability and ultimately the maintenance of treatment effects.

Christine Vinci, Ph.D. is an Assistant Member in the Department of Health Outcomes and Behavior at Moffitt Cancer Center and is Assistant Professor in the Department of Oncological Science at the University of South Florida. Her research primarily focuses on developing strategies to aid individuals in the reduction of cancer-risk behaviors, such as quitting smoking and reducing alcohol use, with a specific emphasis on mhealth technologies and mindfulness-based strategies.

Karen Brandon, Ph.D. is a Research Scientist in the Department of Health Outcomes and Behavior at Moffitt Cancer Center.  She has been studying alcohol and smoking behaviors including mechanisms of use, prevention, and treatment.

Marloes Kleinjan, Ph.D. is Chair of the Department of Children and Youth at the Trimbos Institute and Professor of Youth Mental Health Promotion at Utrecht University, The Netherlands. Her research focusses on substance use and mental health, including prevention and treatment. 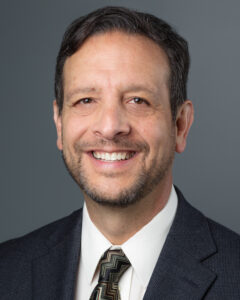 Thomas Brandon, Ph.D. is Chair of the Department of Health Outcomes and Behavior at Moffitt Cancer Center and Professor of Psychology and Oncologic Sciences at the University of South Florida. His research on tobacco use ranges from human laboratory research through large scale intervention trials.