It is becoming increasingly common for psychologists to have clients who identify as LGB. Murphy, Rawlings, and Howe (2002) found “Fifty-six percent of participants had seen at least one LGB client in the past week. Among these participants, the mean percentage of LGB clients was 12%” (p. 185).  LGB affirmative practice is highly essential for clinicians due to health disparities of LGB individuals. LGB individuals are “disproportionately exposed to victimization, discrimination, and peer and parental rejection against a societal backdrop of unequal access to the same opportunities afforded to heterosexual individuals, such as marriage, adoption, and employment nondiscrimination” (Panchankis, 2011). This minority stress experienced by LGB individuals can increase the risk of mental health problems. Despite the strides made in clinical training and supervision, there is more work to be done. One study found clinicians in training had LGB topics covered in less than 25% of their courses, and they reported strong heterosexual bias in textbooks and course content (Bukkard, Knox, Hess & Schultz, 2009). McGeorge, Carlson, Erickson, and Guttormson, 2006 argue that for training to be genuinely LGB affirmative, it must intentionally integrate LGB affirmative attitudes, content, and practices into every aspect of training.

Pett (2000) describes LGB affirmative supervision as a style of supervision that recognizes the pathology of heterosexism. The supervisor is aware of countertransference feelings toward LGB individuals. Furthermore, affirmative supervisors treat their LGB supervisees with respect and acknowledge challenging aspects of LGB people’s lives, such as heterosexism and the coming out process. Supervision is also used to educate trainees and challenge their negative biases. Bukkard et al. (2009) contend that LGB affirmative supervision also celebrates and advocates the validity of LGB persons. Their study found that supervisees who had LGB-affirming supervision reported a higher quality of supervision and more positive client outcomes relative to clinicians with non-affirming supervision. Therefore, this is an integral part of the training process to improve clinical outcomes for clients experiencing minority stress-induced mental dysfunction.

Psychology students who have specific classroom instruction, training, and supervision in LGB affirmative therapy perceive higher competence when working with LGB clients (Carlson, McGeorge, & Toomey, 2013). Clinical training programs should address LGB client needs and systemic heterosexism throughout their curriculum and training. Doing so improves clinical outcomes and cultural competency and may reduce some of the health disparities faced by the LGB community. 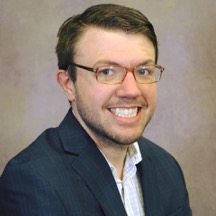 Jared Boot is a clinical psychology PsyD student at the Michigan School of Psychology. He hails from Ann Arbor, MI where he graduated with a BA in Political Science from the University of Michigan. His primary research interests include LGBTQIA+ communities and the sociopolitical issues that affect the psychological well-being of marginalized communities.