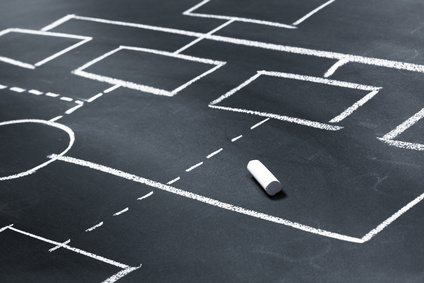 This SCP blog piece by Drs. David Barlow and Matthew Gallagher discusses a new article in JAMA Psychiatry pertaining to the Unified Protocol for Transdiagnostic Treatment of Emotional Disorders.

Significant progress has been made in recent decades in identifying effective psychosocial treatments for anxiety and mood disorders. Cognitive-Behavioral Therapy (CBT) treatment protocols for specific disorders such as panic disorder are currently considered the gold standard treatments for many emotional disorders and have been demonstrated to generally promote sustained improvement or recovery in the majority of individuals who complete a full course of treatment. Although the development of these treatments represents a great marker of progress in our capacity as a field to treat many of the most common forms of mental disorders, there are some important practical and theoretical limitations of the single disorder treatment protocol approach. Research indicates that a significant number of individuals do not complete these treatments, and a substantial minority of individuals do not experience clinically significant symptom reduction following these treatments. Another key issue is that many current CBT protocols were specifically designed to impact a specific mood or anxiety disorder. There is extensive evidence that comorbidity is the rule rather than the exception when it comes to mood and anxiety disorders (e.g., Brown et al., 2001), but the sequential application of disorder specific treatment protocols is not a practical solution for individuals suffering from these disorders who are seeking treatment or for the mental health clinics providing treatment and there is little evidence to guide decisions about which CBT protocols should be prioritized when individuals present with multiple disorders. There is also increasing evidence that common vulnerabilities underlie both the development and maintenance of many emotional disorders (e.g., neuroticism; Brown, 2007), which raises the question of whether targeting these shared factors may be more efficient and effective than targeting disorder specific features. Together these issues have led to the increased focus in recent years on the potential benefits of transdiagnostic treatment protocols that could be used across diagnostic boundaries.

The Unified Protocol is a recently developed transdiagnostic treatment that was designed to be used for the treatment of a broad range of emotional disorders (Barlow et al., 2011). The UP distills common elements of evidence-based treatments and focuses on the transdiagnostic factors that underlie and maintain emotional disorders rather than disorder specific features. The standard UP treatment protocol consists of 8 modules that are sequentially delivered over the course of 12-18 sessions and manuals exist for both therapists and clients There is also promising work that alternative adaptations that are based on the UP may be useful for treatment beyond mood and anxiety disorders (Barlow & Farchione, 2017). The previous findings regarding the efficacy of the UP for mood and anxiety disorders came from a small waitlist controlled trial with promising results (Farchione et al., 2012), but the findings of the target article represent the largest study and most promising evidence to date regarding the transdiagnostic efficacy of the UP.

The goals of this study were to determine whether a single transdiagnostic treatment, the Unified Protocol, could be just as effective in the treatment of anxiety disorders as current gold standard CBT treatment protocols. We conducted a clinical equivalence randomized controlled trial in which 223 adults with a principal diagnosis of social anxiety disorder, generalized anxiety disorder, panic disorder with or without agoraphobia, or obsessive-compulsive disorder were randomly assigned by principal diagnosis to receive either the Unified protocol, the relevant gold standard single disorder protocol (SDP), or a waitlist control condition. Treatment took place in an outpatient clinic setting and participants received between 12 to 16 sessions of either the UP or SDP. Our primary outcome was ADIS ratings of principal diagnosis clinical severity that were conducted by blinded independent evaluators. Consistent with our hypotheses, we found that the UP was just as effective as SDPs when examining the longitudinal trajectories of principal diagnosis severity ratings. Both the UP (Cohen’s d = −0.93; 95% CI, −1.29 : −0.57) and SDPs (Cohen’s d = −1.08; 95% CI, −1.43 : −0.73) were superior to the waitlist control condition at post-treatment on our primary outcome and the UP had robust effects on secondary outcomes of self-reported anxiety/depression, neuroticism, and functional impairment. We also found that participants were more likely to be classified as treatment completers in the UP vs SDPs (OR = 3.11; 95% CI, 1.44-6.74)

Dr. David H. Barlow is Professor Emeritus of Psychology and Psychiatry and Founder of the Center for Anxiety and Related Disorders at Boston University. He received his Ph.D. from the University of Vermont in 1969 and has published over 600 articles and chapters and over 80 books and clinical manuals mostly in the area of the nature and treatment of emotional disorders. He is the recipient of numerous awards, including the Distinguished Scientific Award for Applications of Psychology from the American Psychological Association.

Dr. Matthew W. Gallagher is an Assistant Professor in the Department of Psychology and Texas Institute for Measurement, Evaluation, and Statistics at the University of Houston. Dr. Gallagher received his Ph.D. in clinical and quantitative psychology from the University of Kansas. His research interests include evaluating the efficacy of transdiagnostic treatments for PTSD and anxiety disorders, identifying mechanisms of change of empirically supported treatments, and understanding how positive thinking (e.g., hope, optimism, self-efficacy) promotes well-being and provides resilience to PTSD and other anxiety disorders. He is the author of over 80 articles, chapters and books and is a licensed clinical psychologist.