The anti-depressive effects of cognitive behavioral therapy are in decline: What is the next step forward for psychotherapy?

Cognitive behavioral therapy (CBT), in its current format, was developed and implemented as an anti-depressive treatment in the 1970`s (Beck et al., 1979.). Ever since, the method has been in worldwide growth, gaining recognition and appraisal on its way to becoming the dominant force in the world of psychotherapy. Until recently, no thorough attempt had been made with regards to examining the historical development of treatment effects within the technique. After more than 40 years in existence, such an investigation could potentially add knowledge, new insight and new perspectives. That is what Johnsen and Friborg (2015) attempted to achieve with a recent meta-analysis.

When statistically comparing effect-sizes (as measured by the Beck Depression Inventory (Beck et al., 1961) and the Hamilton Rating Scale for Depression (Hamilton, 1960) from 70 CBT studies conducted between 1977 and 2015, the results showed a clear, temporal decline in ES. The decline was most evident in the sub-analysis consisting purely of randomized controlled trials.

The findings could be interpreted as indicating CBT is no longer an efficient treatment method for depression, having its ES reduced by nearly 50 percent. However, the effect-sizes from contemporary studies still seem quite robust – albeit not nearly as strong as the numbers achieved in previous decades. These results may lead to a conundrum: is the best way forward to continue with CBT in its current shape, or is it now time to discard CBT and rather develop and support other techniques, such as, for example, Meta-cognitive Therapy, or Mindfulness-based Cognitive Therapy? Or will the most efficient improvements be made by doing a diligent search for the “lost” 50 percent of ES, investigating all aspect of therapy, including therapist, patient, technique, and common factors?

Yet, the best answer could be none of the above. Considering the growing evidence indicating that the different forms of treatment are roughly equally effective (e.g., Wampold et al., 1997), perhaps the wisest approach may be to tailor-make the treatment offered, based on individual traits, aspects and characteristics of the patient. It is conceivable that the characteristics of any given patient, does imply a better chance for success with one technique rather than another. If these traits and individual aspects could be easily identified and measured in the assessment and evaluation phase, leading to an informed choice regarding therapy method, it does seem reasonable to expect an improvement in outcome.

This more eclectic approach to therapy would require the construct of reliable, accessible, and easily performed and interpretable measurements of patients-characteristics associated with treatment method. Identification of relevant factors and subsequent design of scales does seem like a feasible task. Perhaps the most crucial factor for an eclectic approach to therapy to succeed, would be an overriding shift in perspective from both organizations, departments and therapists, moving on from an attitude of “my way or the highway”, to a more encompassing view and approach. 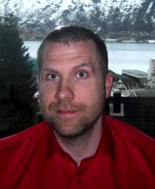 Tom J. Johnsen, University of Tromsø – The Arctic University of Norway. Mr. Johnsen is a clinical psychologist, currently working in private practice. He is also an affiliate of the University of Tromsø, leading and participating in research projects related to the historical development of treatment effects in psychotherapy.