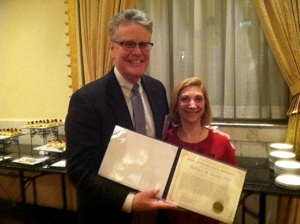 A tireless clinician, researcher, teacher, mentor, advocate, bureaucrat, psychometrician, spokesperson, administrator, board member, and leader, Dr. Keane is a gentleman and a scholar with a bottomless pit of energy, passion, and compassion. His keen clinical skills identified commonalities in returning Veterans even before posttraumatic stress disorder (PTSD) was a diagnosis. He tried to understand, define, and help them, and he hasn’t given up yet. His corpus of work paved the foundation for today’s standard way of conceptualizing, assessing, and treating PTSD. He serves as the “go-to” expert to the governments and decision makers of various countries, world-renowned institutions and agencies, and all branches of the United States Military and its leaders. In 1989, he became Director, Behavioral Sciences Division at the Boston VA, of one of the newly developed National Centers for PTSD, and over the next 20 years has been instrumental in its ascension as one of the world’s leading research centers on all aspects of military trauma. Dr. Keane has participated in many scientific review panels and co- chaired the National Institute of Mental Health Consensus Conference that established national standards for the diagnosis and assessment of PTSD. Dr. Keane is an extraordinary person who has shaped an entire field of psychological inquiry. His manifold contributions have exerted a life-changing impact on thousands of veterans and their families, as well as on people of all socioeconomic stripes around the world who have endured the devastating repercussions of trauma.