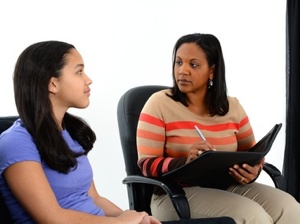 The Society for a Science of Clinical Psychology (SSCP) is Section 3 of Division 12.  SSCP strives to advance scientific inquiry and to foster the systematic application of the principles of behavioral and social processes derived from empirical research in the practice of clinical psychology towards furthering knowledge and human welfare. Below are several updates worth noting.

A Diversity committee has been formed. David Rosmarin is graciously the chair, and we have an excellent set of members who comprise the committee. We have begun monthly phone meetings and are generating specific aims and goals for which the committee will focus. The two main areas right now include: 1) enhancing diversity of SSCP membership, and 2) advancing integration of diversity within clinical-research practice.

Following a request from Tom Oltmanns, President of the Academy of Psychological Clinical Science, the SSCP Board voted to endorse the legitimacy of the Psychological Clinical Science Accreditation System (PCSAS) as a viable accreditation system. (This just means we endorse states or provinces granting license-eligibility to graduates of programs that are accredited by PCSAS, regardless of whether the program has also been accredited by another organization.)

SSCP holds a student poster competition at each annual meeting of the Association for Psychological Science. This year, SSCP was able to award prizes to 4 winners ($250 prize) and 8 Distinguished Contributions ($100 prize). The winners of the 2014 SSCP Student Poster Competition are:

The Distinguished Contributions are:

Sign up today to become a member of Section 3