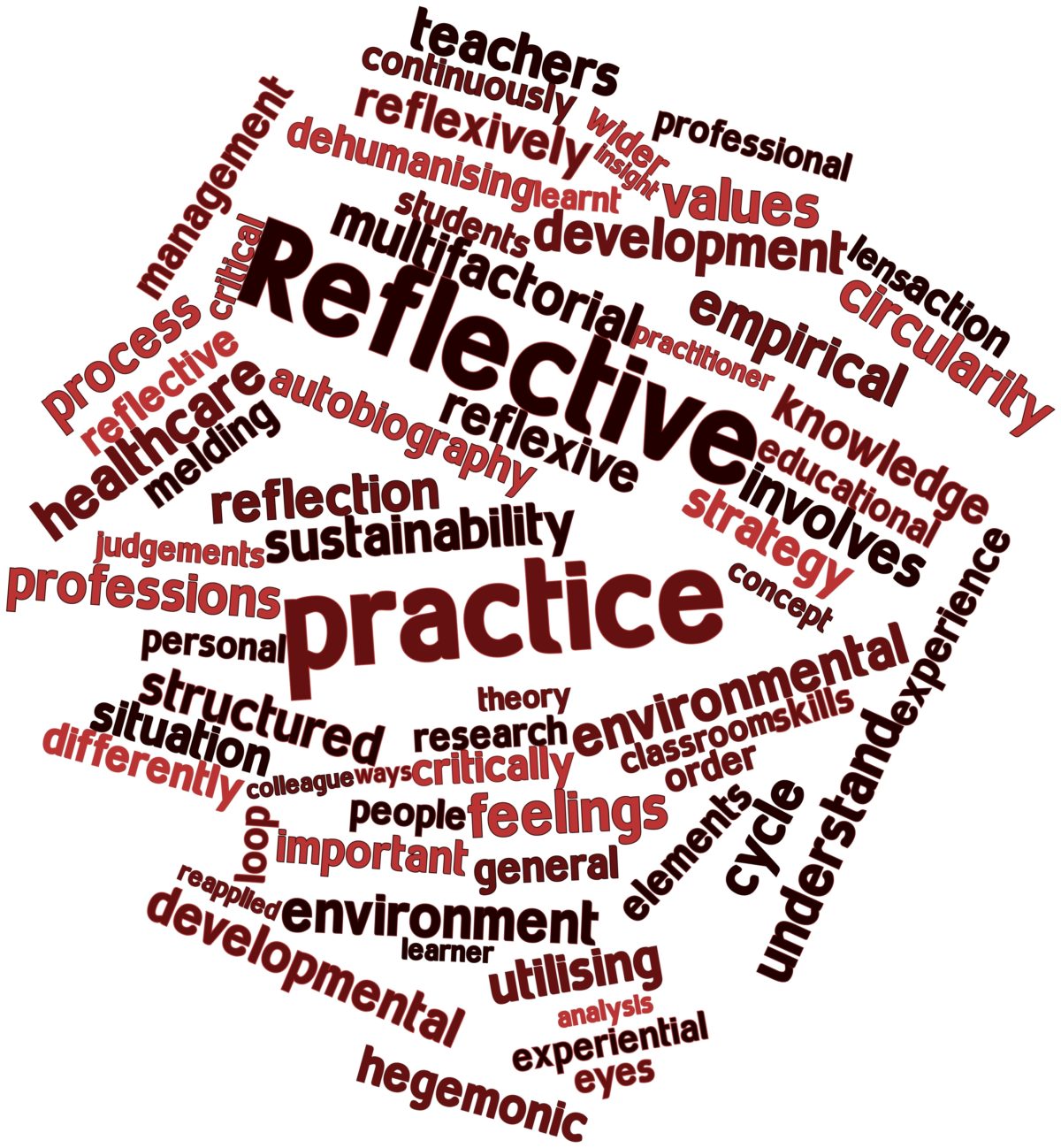 Self-knowledge is highly valued in contemporary society; one needs only to browse the psychology or self-help sections in any bookstore to be confronted with a gamut of books touting the need for self-reflection as a means of better understanding one’s thoughts and actions. Similarly, in modern clinical psychology, the importance of self-reflection is promulgated in an overarching approach to clinical training termed reflective practice.  Reflective practice is regarded as an essential attribute for professional competency by the American Psychological Association, among other organizations. Reflective practice has been defined as psychologists being “cognisant of the importance of self-awareness and the need to appraise and reflect on their own practice” (BPS, 2008, p. 8), and is widely claimed to be a key ingredient for achieving greater self-awareness, clinical wisdom, professional expertise, and enhanced patient care and ethical reasoning (Gates & Senediak, 2017; Sendiack, 2013; Lavender, 2003).

As a master’s student, the first author of this blog became familiar with reflective practice during her clinical training at the University of Melbourne. As part of her practicum in neuropsychology, she was required to document her clinical cases in a logbook, and to complete a section on “Reflections on experience,” where she was asked to elaborate on issues related to “the contribution of neuropsychology, your personal reactions to the patient’s circumstances, what you have learned, core competencies being developed, and/or limitations identified.” Reflective practice exercises differ somewhat across training programs, and can also include answering questions that ask trainees to reflect on their cognitive and affective reactions to patients, to consider why they made certain clinical decisions, to ask themselves what alternative courses of action they might have pursued, to evaluate what they did and did not do well, and how they might modify their clinical practices in light of these judgments.

Reflective practice models presume that these activities can enhance practitioners’ capacities to think critically about their everyday work and ideally, allow them to become more discerning and effective clinicians. Given how much time she was spending self-reflecting on her clinical experiences, the first author naturally began to wonder whether there was any research evidence for the effectiveness of this practice. Our recent literature review and commentary aimed to investigate whether reflective practice is consistent with findings derived from basic psychological science, such as social cognition.

First, one of the core assumptions of reflective practice is that self-reflection enables individuals to overcome their biases. However, one of the challenges to this presupposition is that we tend to have limited direct access to our higher-order cognitive processes, such as access to the causes of our behaviors (Nisbett & Wilson, 1977). Therefore, reflective practice questions that ask trainees to consider how their beliefs were affected by certain clinical experiences are likely to reflect their implicit causal narratives rather than the actual causes of such behaviors. In addition, we have a propensity to display a bias blind spot (Pronin, Lin, & Ross, 2002), that is, a tendency to perceive others, but not ourselves, as susceptible to biases. One source of bias blind spot is the introspection illusion, whereby individuals erroneously believe that their introspections afford valuable insight into their biases (Hansen & Pronin, 2012). Research suggests that when individuals attempt to detect bias in themselves, they typically look inward for evidence of such bias. Failing to detect it, they conclude that they are unbiased (Pronin & Kugler, 2007).  Although correlational, this research suggests that reflective practice exercises that make use of introspection to alleviate bias may inadvertently exacerbate bias blind spot, as they may fuel the mistaken impression that our biases are nowhere to be found.

Second, the reflective practice literature presumes that by considering one’s strengths and weakness, as well as what we have done well and done poorly, psychologists can improve their clinical performance. However, one crucial impediment to reflective practice is that many or most individuals are poor at self-assessment. For example, well-replicated bodies of evidence demonstrate that individuals who possess low levels of skills and knowledge tend to overestimate their skills and knowledge, a phenomenon termed the Dunning-Kruger effect (Dunning, 2011). In the case of clinical work, one essential skill is the capacity to reflect on one’s activities; yet, because of the Dunning- Kruger effect, practitioners who are the least adept at reflection may be among the most likely to fail to detect knowledge and skill gaps and perceive themselves as adept.

A third challenge to the reflective practice literature is that research demonstrates that we tend to acquire expertise, including clinical expertise, under highly constrained conditions. For example, we generally accrue expertise with experience only in high-validity environments (Kahneman & Klein, 2009), namely, where most failures and successes are clear-cut and feedback is relatively immediate. Professions and hobbies such as chess-playing, firefighting, and computer programming are examples where professionals routinely benefit from experience.  In contrast, most clinical practice settings are low-validity environments, in which feedback to clinicians is often ambiguous and delayed (Tracey et al., 2014). For example, detecting whether a client is less depressed than in the previous session can be challenging, and detecting whether such change is due to the intervention is even more so, given that clinicians may need to wait weeks before discovering whether a client improved.  Even then, drawing causal inferences is fraught with peril. Therefore, to the extent that individuals typically fail to develop expertise in the wake of feedback in low-validity environments, it isunlikely that merely reflecting on their clinical experiences will circumvent this stumbling block to learning.

Overall, we concluded that reflective practice as presently conceptualized and operationalized is inconsistent with humans’ cognitive capacities, such as their ability to reflect accurately on their motives and behavior, as well as to benefit from self-assessment and to learn from experience. In contrast, a promising line of research aims to reduce biases through techniques as “consider the alternative,” which encourage individuals to countenance hypotheses that differ from their own (Crosskerry, Singhal, & Mamede, 2013). It is our hope that moving forward, the reflective practice literature will forge closer connections with basic research on social cognition, learning, and clinical judgment/prediction.

Candice Basterfield received her master’s degree in clinical neuropsychology from the University of Melbourne (Australia). She is currently working as a research assistant at Emory University, Department of Rehabilitation Medicine, in the neuropsychology department.

Scott O. Lilienfeld is a Samuel Candler Dobbs Professor of Psychology at Emory University. His interests include evidence-based practice and the application of scientific thinking to clinical psychology.