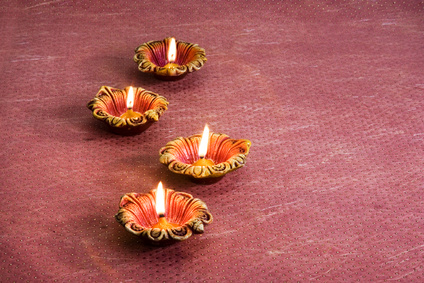 Equal rights to equal access and equal care. Few would disagree with the position that the racial and ethnic minorities of our nation deserve the right to receive the same quality of care for mental illness as White individuals. Yet, striving for equal treatment has proven to be a complicated endeavor. Evidence-based mental health interventions, first investigated in the 1960’s, were predominantly developed and tested on White populations, with little knowledge about whether these evidence-based interventions (EBIs) would be acceptable or work for ethnic minorities (Bernal & Scharrón-del-Río, 2001). Cultural psychologists argued that the EBIs needed to be modified to fit the needs of their ethnic minority clients, while others insisted that EBIs target core processes that apply universally to all people regardless of race or ethnicity (Castro, Barrera, & Martinez, 2004).

And thus began the journey towards cultural adaptations of EBIs. Starting in the new millennium, clinical researchers conducted clinical treatment studies, gathering data from ethnic minority clients to inform a bevy of manuals for culturally adapted EBIs (Cardemil, 2010). These efforts demonstrated the types of modifications one might need to ensure that ethnic minorities had equal access to treatments that fit their specific needs and preferences. Unfortunately, federal funding cuts stymied the growth of these lines of research amidst concerns that an infinite number of studies would be needed to effectively adapt EBIs for the numerous ethnic groups who needed them. Would a different culturally adapted EBI manual be needed for a young Taiwanese American man than for a middle-aged woman from Hong Kong? For a Cuban American woman versus a Mexican American girl? Amidst the daunting resource commitments needed to create culturally adapted EBIs for all cultural groups, some wondered whether the original EBIs tested on predominantly White populations was good enough to provide equal enough access to and quality of care.

In our recent study (Chu & Leino, 2017), we endeavored to search for a solution to the need for culturally appropriate EBIs for all, by synthesizing the existing evidence in the field of culturally adapted EBIs. We were guided by the firm belief that theory and empirical evidence can drive elegant solutions to seemingly complex problems.

Our study endeavored to advance the maturing science of culturally adapted EBIs. We aimed to create a theoretical framework and find patterns in existing data to guide future science and practice of EBIs with ethnic minority clients. The study conducted a comprehensive thematic synthesis analysis of all cultural EBI adaptation studies from 1994 to 2014, and coded and categorized each EBI adaptation created from direct input provided by ethnic minority clients. The study yielded several findings that can be used by researchers to guide and streamline future studies, and by practitioners to tailor their approach with individual ethnic minority clients.

Second, this study also refutes the argument that EBIs in their original forms are sufficient for ethnic minority clients because their core components address universal human processes. Instead, 100% of the cultural adaptation studies found that key modifications were needed to fit the preferences and needs of ethnic minority clients. Even though core components of the EBIs are generally maintained through the process of cultural adaptation, every single cultural adaptation included important and substantial changes to peripheral components focused on participation in, acceptance of, and comprehension of a treatment.

Third, these EBI modifications fell along clear patterns and lines. 100% of the culturally adapted EBIs included changes to the way the providers engaged the clients with treatment – whether that be getting someone to seek treatment in the first place, giving them psychoeducation related to the intervention, or retaining them throughout the course of treatment. 100% of the culturally adapted EBIs also changed the way in which the treatment was delivered. In some cases, the provider changed way they related to the client (e.g., more directive versus casual), and in others, the treatment concepts were conveyed through the use of cultural examples, sayings, or pictures. Some culturally adapted treatments were delivered in places or with people that were more comfortable or familiar for the ethnic minority client, and others changed the number or structure of sessions to fit with cultural preferences.

Finally, the study provides reporting guidelines for future research on culturally adapted EBIs. Data about cultural adaptations was organized into the Cultural Treatment Adaptation Framework (“CTAF”), which provides the terminology and theoretical framework to classify typical cultural treatment modifications. Cultural adaptation scientists should not only report “what” CTAF components are adapted, but “how” and “why” the components should be changed, along with the extent to which core components were modified or added. Consistency in the reporting of research methodologies and CTAF outcomes reported in cultural adaptation studies will allow for advancement of the field.

Overall, our study shows that cultural adaptation research is indeed a vital part of the mental health field, and results in important changes to mental health evidence-based interventions. In addition, there are clear patterns in the cultural adaptation process that can streamline adaptation research and reporting through use of the CTAF. Perhaps most importantly, the patterns and guidelines for cultural adaptation reported in the current study can be particularly helpful for individual clinicians and clients. When a clinician meets an ethnic minority client for whom there is no existing treatment manual for their particular combination of identities, clinical problems, or treatment modality – they can use this study’s findings to make evidence-informed decisions about how to integrate cultural competency. That clinician may focus on how to engage the client, how to relate to the client, how to structure sessions and deliver treatment, and whether the client needs adjunctive skills such as case management or cultural skill acquisition. Whether for research, training, or clinical work, these results move us an important step closer to maturity in the science of cultural adaptation of evidence-based practices.

Joyce Chu, PhD is an Associate Professor and Faculty Chair at Palo Alto University (PAU). She co-leads the Multicultural Suicide Research Center and Ethnic Minority Mental Health Research lab at PAU, and is also Director of the Diversity and Community Mental Health (DCMH) emphasis which trains future psychologists to work with underserved populations in the public mental health sector. Dr. Chu also co-directs PAU’s Center for Excellence in Diversity, which was founded in 2010 by Dr. Stanley Sue. Her work is focused around cultural competence, Asian American mental health, and suicide in ethnic minority and other underserved populations.

Amy E. Leino, PhD is a licensed Clinical Psychologist whose clinical and research interests revolve around enhancing access to and quality of mental health care for culturally diverse and underserved communities. Her areas of research include suicide risk assessment and management among diverse populations and culturally sensitive, evidence-based practices. She works for Yolo County Health and Human Services in Northern California with a focus on Quality Improvement initiatives surrounding access to and quality of behavioral health services.