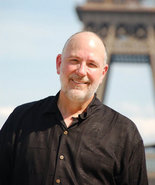 Presenter: Dr. Corey is a practicing psychologist who specializes in conducting psychological evaluations for government agencies (local, county, state, and federal) in six states and consulting to federal agencies across the United States. He is board certified by the American Board of Professional Psychology in forensic psychology and police and public safety psychology, and he is the founding president of the American Board of Police & Public Safety Psychology. Dr. Corey is a fellow of the American Psychological Association, was recently elected as a representative of Division 18 (Psychologists in Public Service) to the APA Council of Representatives, and is a member of the ABPP Board of Trustees. He has authored or co-authored more than 25 published peer-reviewed articles, book chapters and books, mostly on topics pertaining to high-stakes evaluations of police and public safety applicants and incumbent employees. Overview: The presenter’s practice has focused on services to government agencies (federal, state and local) for more than 35 years. In this webinar, Dr. Corey will discuss ethical challenges unique to working in the government context, as well as strategies for resolving them. In addition, the sometimes dangerous missions and activities of some government agencies can expose psychologists working in them to trauma, either directly or vicariously, and this kind of “practice in extremis” (Johnson et al., 2011) carries additional risks that require mitigation, and advice for undertaking such steps also will be presented. Two models of professional practice will be discussed as foundations for working with and in government agencies:  process consultation (Schein, 1989) and scientist-practitioner (LeJeune & Luoma, 2015; Raimy, 1950). Objectives: (1) Identify no fewer than three ethical issues that are unique to the government context or that render their resolution more challenging. (2) Explain how disclosure can satisfy ethical obligations when informed consent is not within the psychologist’s authority to obtain. (3) Describe the potential adverse effects of providing psychological services in extremis and how to mitigate those effects.