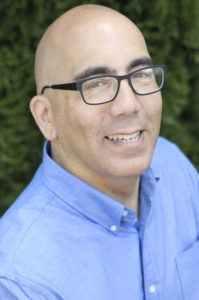 Presenter: Dr. Gordon C. Nagayama Hall is a Professor of Psychology in the clinical psychology program at the University of Oregon. He previously was a Professor of Psychology at Penn State University and Kent State University. Dr. Hall received his Ph.D. in clinical psychology from Fuller Theological Seminary. Dr. Hall served as President of the American Psychological Association (APA) Society for the Psychological Study of Ethnic Minority Issues (Division 45) and as President of the Asian American Psychological Association. He was Editor of Cultural Diversity and Ethnic Minority Psychology and Associate Editor of the Journal of Consulting and Clinical Psychology. His blog for Psychology Today is “Life in the Intersection: A Multicultural Psychology Approach”. Dr. Hall’s honors include the Stanley Sue Award for Distinguished Contributions to Diversity from the APA Division of Clinical Psychology (Division 12), the Distinguished Career Contributions to Research Award from APA Division 45 (Culture, Ethnicity, and Race), and the Lifetime Achievement Award from the Asian American Psychological Association. His research interests are in culture and mental health with a particular interest in Asian Americans.
Overview: The credibility of this webinar is based on a meta-analysis of the effects of culturally-adapted interventions on psychopathology that was published in 2016 in Behavior Therapy.
Objectives:

Be the first to review “Cultural Adaptations of Psychotherapy: Progress, Resistance and Unfinished Business”