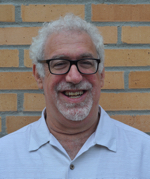 Presenters: Kenneth J. Sher, PhD, is a Curators’ Distinguished Professor of Psychological Sciences at the University of Missouri-Columbia. He has published extensively on the etiology and course of substance use disorders (particularly alcohol use disorders) in later adolescence and young adulthood, and is the principal investigator on two large longitudinal studies following student drinkers during their college years and beyond. His research is funded by the National Institude of Health, and he has received over 20 awards for his teaching, mentorship, and research activities, including the Research Society on Alcoholism’s Young Investigator Award, Distinguished Researcher Award, and G. Alan Marlatt Mentoring Award, as well as the American Psychological Association’s Division on Addiction’s Distinguished Scientific Contributions Award. 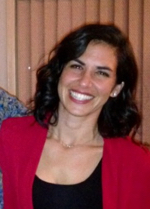 Rachel P. Winograd is a graduate student in clinical psychology at the University of Missouri-Columbia, where she studies the acute effects of alcohol intoxication on behavior and emotion and helped establish an evidence-based intervention for heavy drinking college students. She received a National Research Service Award from the National Institute of Health to conduct her dissertation work investigating “drunk personality” and geospatial characteristics of college students’ recent drinking episodes. She is currently completing her predoctoral clinical internship with the VA St Louis Health Care System, where she works with Veterans with health and substance use concerns. Overview: This webinar is exclusively based on the content presented in the book Binge Drinking and Alcohol Misuse Among College Students and Young Adults, written by Rachel Winograd and Kenneth Sher. This book was published by Hogrefe Publishing and is part of an acclaimed series on evidence-based practice in psychotherapy. Hogrefe has published at least 36 volumes in this series, and each is reviewed scrupulously by multiple editors attending to scientific content, usefulness of material, and general structure and format. All the material included in this book is based on published peer-reviewed manuscripts and books on or relating to the topic of alcohol misuse and the treatment of addiction. Objectives: (1) Discuss the epidemiology and course of young adult alcohol misuse in general terms, with particular attention to alcohol misuse on college campuses; (2) Describe the utility of three types of alcohol-related assessment measures: screening tools, consumption measures, and consequence measures and their role in treatment for young adult alcohol misuse; (3) List at least four (of eight) important components of Cognitive Behavioral Therapy for alcohol misuse.