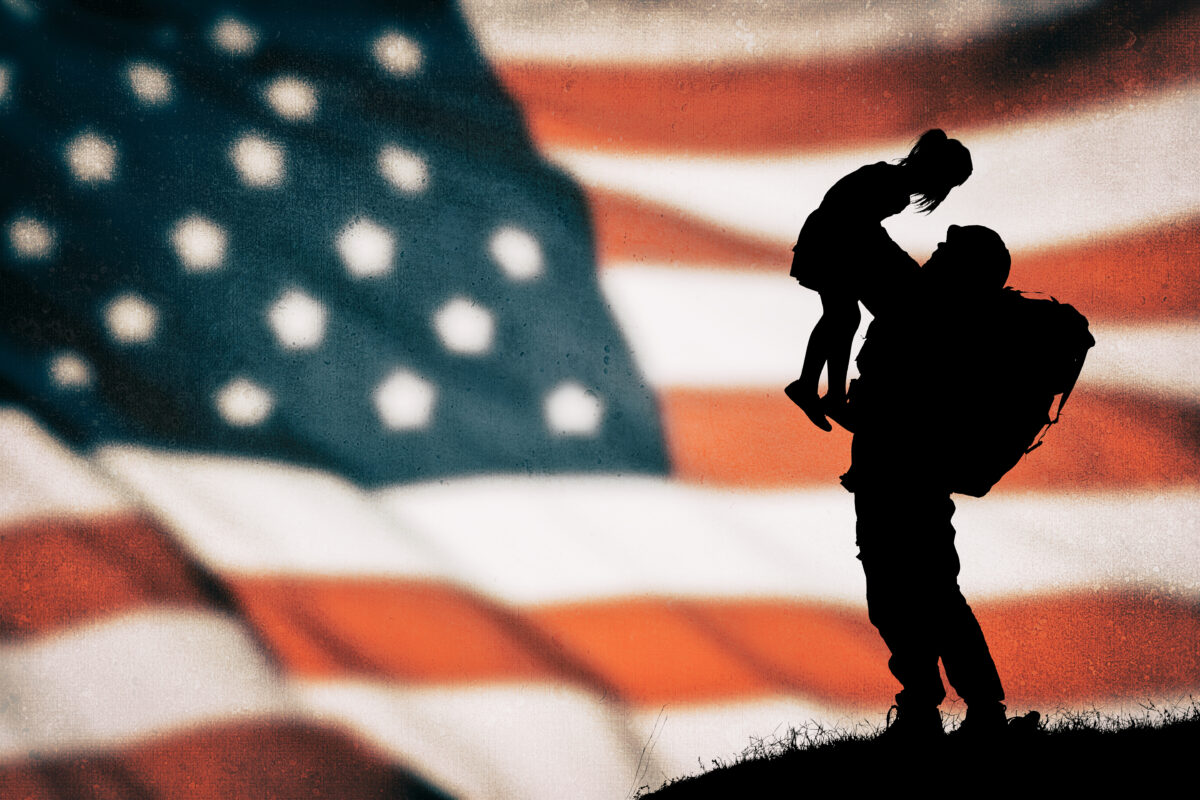 Although many individuals do well after leaving the military, the transition from military to civilian life can be challenging for some military veterans. Understanding how veterans fare when they leave service is important to inform early intervention and prevention efforts. To date most research aimed at identifying veterans at risk for poor post-military outcomes has focused nearly exclusively on identifying predictors of experiencing health conditions, with little attention to factors that impact veterans’ broader well-being. Yet, knowledge of factors that portend better outcomes across multiple aspects of life can be used to develop interventions that have a broader reach and impact on veterans’ lives. The Veterans Metrics Initiative (TVMI) Study was conducted to address this gap in the literature. Veterans were surveyed at multiple points following separation from service. This study used two data points from 7,150 veterans: data collected during a first survey administered within approximately 3 months after military separation and data from a second survey administered about 12 months later. We had 3 goals:

Machine learning analyses (random forests of regression tress) were used to determine the most influential factors relating to veterans’ well-being. Factors we looked at included: 1) demographic and military characteristics; 2) history of exposure to stressful or traumatic events; 3) health conditions; and 4) coping resources. Well-being was assessed based on veterans’ participation, functioning, and satisfaction within the life domains of vocation, health, and social relationships (both intimate and within one’s broader community). Veterans who reported better outcomes across multiple life domains received higher well-being scores with possible scores ranging from 0 to 9.

Findings from the entire veteran sample

When we looked at the full sample of veterans, depression was the most influential factor, followed by social support and psychological resilience, in predicting well-being one year after military separation. The presence of depression symptoms generally predicted lower well-being, but higher social support at separation was associated with higher well-being even among veterans reporting depression. Higher psychological resilience (among veterans not reporting depression) also predicted higher well-being, especially when combined with higher social support. Further detail about the interaction of these factors with depression can be found in Figure 1. 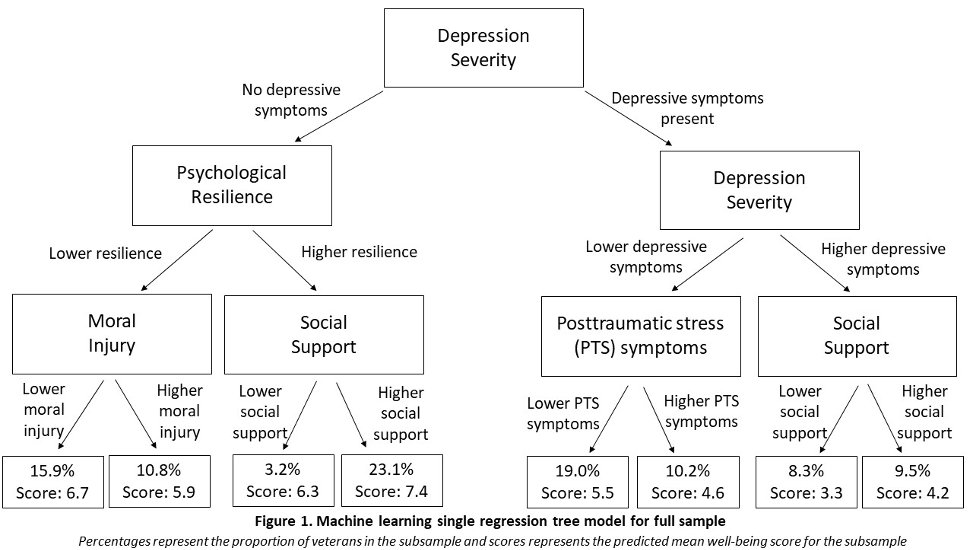 Gender was not an influential predictor of levels of well-being among the full sample (when taking other predictors into account), and we found few differences in predictors of well-being when looking at men and women veterans separately. However, there was a difference in how influential depression was in predicting well-being. For men, depression and social support were similarly predictive. For women, depression was sizably more predictive of well-being than social support (which was about the same for both women and men). This suggests depression at separation may have some unique association with well-being in women veterans, being more strongly aligned with how they perceived their functioning and satisfaction a year later.

Although these findings don’t prove causation, they suggest promising targets for interventions aimed at preventing the development of chronic readjustment problems among military veterans. The three most influential factors related to veterans’ well-being—depression, social support, and psychological resilience—are all modifiable and could be addressed in transition programs and interventions, such as when service members complete the Transition Assistance Program (TAP) at the time of separation, or as part of the Solid Start program, which provides outreach to veterans during the first year after they leave military service. There could be value in screening for these factors when service members leave the military, with the goal of identifying those at risk for poor well-being and offering them targeted programs and/or services. These factors could also be addressed in health-care settings, extending attention beyond veterans’ health status and symptoms to consider factors such as social support and resilience, which may protect veterans from experiencing declines in well-being over time.

The opinions and assertions contained herein are the private views of the authors and are not to be construed as official or as reflecting the views of any of the sponsor organizations listed.

Shelby Borowski, PhD, MPH. Dr. Borowski is currently a data analyst and postdoctoral fellow in the National Center for Posttraumatic Stress Disorder at VA Boston Healthcare System and Boston University School of Medicine. Her research focuses on the influence of social factors and processes on military veterans’ health behaviors and broader well-being. Dr. Borowski can be contacted at Shelby.borowski@va.gov.

Matthew King, PhD. Dr. King is a health science specialist with the VA Office of Mental Health and Suicide Prevention, affiliate of the National Center for Posttraumatic Stress Disorder, and Assistant Professor of Psychiatry at Boston University School of Medicine. His primary work involves policy consultation and educational development in the area of VA health care services for military sexual trauma, with research interests in applying machine learning methods to the study of psychopathology.

Lisa Gyuro, BA. Lisa Gyuro is a post-baccalaureate research technician in the Women’s Health Sciences Division of the National Center for Posttraumatic Stress Disorder at VA Boston Healthcare system. She received her bachelor’s degree from the University of Washington.

Dawne Vogt, PhD. Dr. Vogt is a Research Scientist in the National Center for Posttraumatic Stress Disorder at VA Boston Healthcare System, and Professor of Psychiatry at Boston University School of Medicine. She has published extensively in the veteran literature and received funding for her work from VA, DoD, NIH, foundations, and private industry. Her program of study focuses on the social context of military veterans’ mental health, health-care use, and broader well-being. Within this broader topic area, she has a particular interest in how veterans fare as they transition from military service and is Co-PI of a large national study of U.S. veterans’ well-being during the first three years after they leave military service (the Veterans Metrics Initiative Study).