It’s Time for a Change in How We Design, Develop, Test and Disseminate Empirically Supported Treatments

There is nothing short of a changing of the guard occurring in the United States healthcare system, writ large, including the mental health system. While resources for traditional mental health services have been shrinking steadily over the last three decades, resources for mental health services delivered in public health contexts, such as primary care, are expanding. The new, much heralded model of primary care, called the “patient centered medical home” anticipates that all primary care teams will include a behavioral health clinician, among other ancillary health care professionals. There are other public health contexts in which there is a crying need for integrated behavioral health services as well: schools, jails, nursing homes, assisted living facilities, to name just a few.

There are two cardinal features shared by most of these community contexts, including primary health care.  One is the sheer volume of people in need of some type of mental health or substance abuse care. The second is the limited amount of time any single provider has available to provide a helpful service to an individual in need. Thus, most population health contexts are also brief intervention contexts. Collectively, these two influences require us to adopt a very different approach to distributing limited health care resources to the population in need. This approach is generally referred to as “population-based healthcare”. The goal is to spread limited healthcare resources evenly across the entire population to maximize their public health impact. Population health care policies seek to reduce widely recognized disparities in access to quality healthcare services for various ethnic, racial and income groups. Interestingly, the birth of the “evidence-based care” movement is directly tied to the emergence of population-based healthcare, because one preventable source of waste of finite health care resources is to stop using healthcare interventions that don’t work. Folks in psychology may not fully appreciate that the evidence-based care movement actually started in general medicine, before it took hold in clinical psychology.

In a recent CPSP article (Strosahl and Robinson, 2018), we suggest that the concepts of population-based healthcare need to be extended into the mental health care arena, but for the most part these concepts are completely foreign to the mental health community. For decades, mental health practice has been a highly labor intensive and specialized service, what we call the “cardiology” of the mind model. Cardiologists see relatively few patients compared to general practice physicians, and they devote intensive services to treat those individuals. The traditional mental health model is no different. It is really designed to serve about 3-4% of the population and works famously well as long as the need for mental health services does not exceed its upper level of capacity. The problem is that our current annual rate of onset of DSM-5 Axis I disorders is estimated to be around 27%; approximately 1 in 4 Americans develop a mental disorder or addiction in any one calendar 12 month period.  In this type of epidemic scenario, the traditional mental health model will be, and has been, a colossal failure. It is also important to realize that a relatively small percentage of clients who need mental health care actually see a mental health clinician (20%) whereas the vast majority of such clients will be managed within the health care system (80%).

Adopting a population health perspective naturally leads to a “client-centric” point of view in which it is critical to understand the service needs, utilization tendencies and preferences of consumers of care. We review the psychotherapy utilization and treatment outcome research literature to help create a picture of what clients are seeking when they enter mental health treatment, what types of treatment they will accept, and how (as opposed to whether) they respond to treatment.  Many elements of this picture have been grudgingly acknowledged by psychotherapy researchers over the years but are treated as uncontrollable sources of error in research designs and thus have never been conceptually integrated into empirically supported treatments. Many aspects of this surprisingly large research literature suggest that we might need to closely examine our assumptions about how much therapy is enough therapy, how much therapy individuals are willing to tolerate, and how to design therapies for application in typical community contexts such as primary care. For example:

When the day is done, a frank assessment of our tool bag of empirically supported therapies suggests that they are likely to play a very limited role in addressing the nation’s growing mental health crisis. Most of these treatments will not be utilized in primary care, in schools, in jails, in nursing homes, or in any other community based settings where time is precious, and interventions must be brief, easily learned, acceptable and impactful when used by health and social service providers with limited mental health training. What should we do as a profession to address this square peg in the round hole problem? Our stance thus far has been to pretend that the problem doesn’t exist and act as if our empirically supported treatments are just fine; that the real problem is lack of adoption of ESTs by various groups of community providers who for some reason have failed to “see the light”. If we as a profession continue to take this position, clinical psychology will end up being assigned to the scrap heap of irrelevant disciplines. There is a once in a century opportunity to move the needle in the other direction, if we as a discipline decide to go for it. But what new strategies will help us be successful?

We suggest that the era of procedure heavy manual based therapies, should give way to an era of “process based” therapy development and research. It is highly likely that different empirically supported treatment packages actually share common underlying mechanisms of change that are “activated” by seemingly different therapeutic procedures. In other words, many empirically supported therapies appear to be different on the surface, but in reality, they unknowingly utilize the same basic mechanism of change. Be clear that we are not reactivating the great “specific” versus “non-specific” factors in therapy debate. Instead, we are proposing that there are a limited number of “active” therapeutic mechanisms that are responsible for most clinical change. We could identify and “package” these mechanisms of action into simple, trans-diagnostic, treatment packages that would invite use by physicians, public health nurses, hospital, teachers, priests, corrections and community social service workers.

In our article, we propose that Division 12 consider fairly significant additions and modifications to standards for designating empirically supported therapies. For the most part, these changes are designed to incentivize psychologists in all types of settings to participate in rapid development and deployment of new psychological treatments derived from a process-based, trans-diagnostic framework.

One of the most important revisions is to treat effectiveness studies conducted in community settings with the same reverence that we treat efficacy studies completed in grant funded, university based RCTs. We need to move past the idea that there is just one way to create an evidence based psychotherapy. Innovations in clinical practice are constantly occurring, but we have not been focusing enough institutional energy on getting these innovations to market quickly. Even though we must be willing to sacrifice some methodological rigor to do so, creating a “second path to citizenship” via practice based research will lead to far shorter cycle times in putting new treatments to market.

A second revision we propose is to require a candidate treatment to show evidence regarding the “minimum dose” of the treatment needed to maintain effective clinical outcomes. The recent “non-inferiority” study comparing a brief, written version of exposure therapy for PTSD with the full length protocol version of Cognitive Processing Therapy is an excellent example of how this requirement can inform treatment development (Sloan et. al., 2018). If a treatment requires less therapist training and requires less therapist and patient time (and expensive) compared to the longer, and more expensive “superior” treatment, it may actually be the superior treatment just based upon cost effectiveness alone. However, in this clinical trial, there was a whopping difference in therapy drop-out rates favoring the far briefer approach. From a population health perspective, the briefer version of therapy would clearly end up being the first line treatment approach in community contexts.

Finally, we suggest revisions to the Division 12 standards so that they better incentivize development of therapy protocols with higher acceptance by non-mental health trained social and health care professionals. This is essential in order for the treatments to be effectively applied in the brief treatment contacts that are characteristic of community contexts. This is a path to the realization of clinical psychology as playing a leading role on the stage of public health. As professionals, we must take center stage in the mental health pandemic. We can embrace a new framework for rapid development and deployment of treatments that work for the masses, not just the lucky few individuals who can access and pay for an EST. Core psychological concepts related to resilience and psychological flexibility can be disseminated on a grand scale, and they will emerge as an attractive alternative to the message of “better living through chemistry” that is promulgated by the pharmaceutical industry. 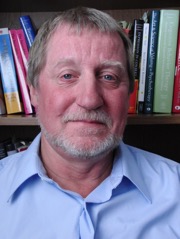 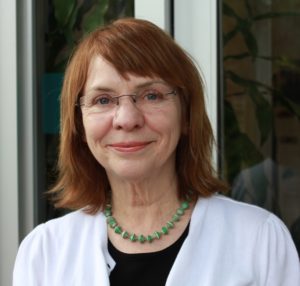