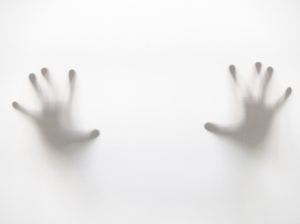 Is “Abnormal Psychology” Really all that Abnormal – a blog post by Jonathan D. Schaefer, a doctoral student of Clinical Psychology at Duke University

An assumption held by many—including many mental health professionals—is that people who suffer from one or more mental disorders constitute a small, troubled minority. This assumption is reflected in both the way we talk about mental illness (e.g., “abnormal psychology”), and in the stigmatization of individuals who suffer from mental illness. Stigma, in turn, represents a major impediment to the effective treatment of these conditions, contributing to both low treatment uptake as well as medication non-adherence among people struggling with mental health problems (Gulliver et al., 2010).

Research from the Dunedin Multidisciplinary Health and Development Study, however, suggests that mental disorders may not be as uncommon as previously thought. The Dunedin Study has followed a population-representative cohort of about 1000 New Zealanders since the early 1970s, conducting in-person interviews assessing them for a variety of common mental disorders every few years. In a recent paper, my colleagues and I used diagnostic data aggregated across six mental health assessments to determine how many Study members made it from age 11 (the age of the first mental health assessment) to age 38 (the age of the most recent assessment) without ever being diagnosed with a mental disorder by research staff.

Surprisingly, of the roughly 1000 Dunedin Study participants, we found that only 17% failed to meet criteria for one or more common mental disorders across all six assessment waves. Of the remaining 83%, roughly half met criteria for one or more diagnoses at 1 or 2 assessment waves, whereas the remainder met criteria at 3 or more assessment waves. This pattern suggests that the “typical” human experience is one characterized by at least one brush with a diagnosable disorder, and that those who avoid these conditions entirely—people with enduring mental health—are actually quite rare.

Although the proportion of Dunedin Study members diagnosed with at least one mental disorder may strike some readers as unusually high, these numbers are consistent with findings from several other longitudinal studies of mental health, conducted in locations as diverse as North Carolina (Copeland et al., 2011), Oregon (Farmer et al., 2013), and Switzerland (Angst et al., 2015). Indeed, systematic comparison of these studies reveals a relatively straightforward pattern: The studies reporting the highest rates of disorder tend to be those with the most frequent assessments and lengthiest follow-up periods. In other words, the more carefully we measure psychiatric disorders across the life course, the more likely we are to find that they affect almost everyone, at least for a little while.

With accumulating evidence suggesting that at least one episode of a diagnosable mental disorder is the norm—not the exception—we next wondered how the few individuals with enduring mental health came to be. We reasoned that they may have avoided mental disorder, in part, by being exceptionally advantaged as children. For example, we expected them to come largely from well-to-do families, and to enjoy both high intelligence and robust physical health, as each of these characteristics have previously been linked to a lower likelihood of developing mental disorders. These expectations, however, were not supported by our data. Instead, we found that the Dunedin Study members who avoided mental illness tended to possess a suite of advantageous personality traits, which could be observed as early as childhood. Specifically, as children, study members with enduring mental health showed little evidence of strong negative emotions, were less socially isolated, and displayed higher levels of self-control. They also had fewer first- and second-degree relatives with mental health issues.

Interestingly, we found some evidence suggesting that these never-diagnosed study members may have benefitted from their lack of mental disorder as adults. When interviewed at age 38, most people with enduring mental health reported higher-quality relationships, greater life satisfaction, and superior educational and occupational attainment relative to their “typical-mental-health” peers. However, lasting mental health did not appear to guarantee an exceptional sense of well-being, as close to 1 in 4 Study members with enduring mental health scored below the cohort mean on life satisfaction.

The observation that mental disorders affect the overwhelming majority of persons at some point in life has implications for both research and clinical practice. First, it indicates that any mention of “abnormal psychology” should acknowledge that “normality” refers to the absence of a diagnosable disturbance in emotional or behavioral functioning at the present time—not across the life course. Clinically, this distinction may be of benefit to both patients and mental health professionals. For example, the knowledge that many people who have experienced at least one bout of mental disorder have nevertheless gone on to experience relatively happy, healthy, and productive lives may help to bolster self-efficacy and self-esteem among those currently struggling with a mental health problem, potentially leading to higher treatment uptake and better clinical outcomes. Similarly, it is possible that acquainting healthcare professionals with the high lifetime prevalence of mental disorder will help these individuals to identify and confront their own biases towards mental illness in a way that promotes better clinical care.

Second, these findings add additional weight to calls for increased funding of mental illness research, training, treatment, and prevention. The World Health Organization (WHO) has already reported that mental illnesses are the leading cause of disability worldwide (Whiteford et al., 2013). A similar report for the World Economic Forum indicated that the global cost of mental illness is nearly $2.5 trillion, with a projected increase to over $6 trillion by 2030 (Bloom et al., 2012). Our study adds to these reports by showing that the burden of mental disorder is not limited to an unfortunate few, but instead felt by the majority of the population. In addition to reducing stigma, it is our hope that increased recognition of this fact will lead to better screening for these conditions as well as improved access to effective treatment.

Jonathan D. Schaefer, B.A. is a doctoral student in the Clinical Psychology program at Duke University and a predoctoral fellow at both the Duke Population Research Institute (DuPRI) and the University of North Carolina Center for Developmental Science (CDS). Jon uses population-representative, longitudinal datasets to examine the prevalence and antecedents of both common mental disorders and the enduring absence of such conditions. He hopes that his research will enhance scientific understanding of how individual characteristics and life experiences interact across the life course to produce either mental disorder or enduring mental health, as well as inform the development of more effective interventions targeting vulnerable individuals.