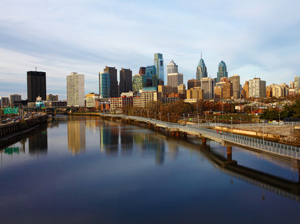 Decades of research have led to evidence-based practices (EBPs) for a wide range of behavioral health concerns and populations (e.g., Hofmann et al., 2012), but the practice of EBPs in community clinical settings has been slow to take hold (Chorpita et al., 2015). In fact, the majority of CBH services continue to have little or no relation to practices supported by empirical evidence (Zima et al., 2005; Creed, Stirman, Evans, & Beck, 2014). These services typically treat a high volume of underserved populations, who for a variety of reasons have proven less likely to actively seek out traditional mental healthcare (Safran et al., 2009). Building capacity for EBPs in CBH allows people receiving services at these sites to gain access to highly effective forms of treatment, which otherwise may primarily be available to those with expensive private insurance or to those who receive university-centered treatment.

A number of practical challenges may contribute to the oft-noted research-practice gap. Among the studies implementing EBPs, many have focused on training self-selected or nominated clinicians, within a single level of care, to learn an EBP focused on a single-disorder (Karlin et al., 2010; Merrill, Tolbert, & Wade, 2003; Miller, Yahne, Moyers, Martinez, & Pirritano, 2004). In contrast, shifting CBH systems to deliver EBPs as their standard of care will require engaging broad groups of clinicians across levels of care to shift their approach to treating diverse presenting problems. Further, selecting the “right” EBP in which to invest can be complex. Clinical trials of EBPs typically select participants based on a number of specific criteria, which may or may not represent people seeking care in a CBH system. In fact, Chorpita and colleagues (2011) compared children in a state-wide CBH system to participants in 437 clinical trials of treatments for children and found that only 14% of children could be matched to a treatment based on five basic client characteristics (target problem, age, gender, ethnicity, setting). Even when appropriate protocols can be identified, learning to deliver multiple protocols with high fidelity may not be feasible, taxing the finite resources of community clinicians with limited returns for their clients (Garland, Bickman, & Chorpita, 2010).

In response to these challenges, the Beck Community Initiative of the University of Pennsylvania trained approximately 350 clinicians at 30 CBH programs in Cognitive Therapy to help people recover from a broad range of mental health concerns (Creed at el., 2016). These programs, run by contracted providers in the City of Philadelphia’s CBH system, serve more than 23,000 people annually, most of whom are low-income. Sites included community mental health centers, inpatient mental health hospitals, school-based services, and specialized programs for substance use or chronic homelessness.

In this transdiagnostic therapy, clinicians teach individuals to shift inaccurate or unhelpful thinking, and the resulting distressing emotions and problematic behavior, ultimately helping people to engage in the world around them and to move closer to their goals. Having broad Cognitive Therapy principles to draw upon can equip clinicians to treat individuals who don’t always fit into a given mold. Extensive evidence supports its effectiveness in clinical situations ranging from depression and anxiety, to psychosis, trauma, and addiction (Hofmann et al., 2012). The training also focused on helping people attain meaningful life goals and not simply on solving problems. For example, clinicians might focus not just reducing anger for its own sake, but reducing anger so students can graduate from high school and get a job or go to college. Framing treatment as a pursuit of goals and wellness can inspire hope in both clinicians and the people they serve.

Training consisted of 22 hours of in-person or online workshops followed by six months of weekly, two-hour consultation groups (Creed, Stirman, Evans, & Beck, 2014). In comparison with typical CBH turnover rates of 40-60% (Mor Barak, Nissley, & Levin, 2001), 78.7% (274) of clinicians who began the intensive training program were able to complete it. Only 17 clinicians (4.9%) withdrew from the project. A small group of clinicians were unable to complete training because they left their agencies or were promoted into supervisory roles (Creed at el., 2016).

During the consultation period, clinicians submitted at least 15 recorded sessions (with appropriate assent/consent) to demonstrate their developing Cognitive Therapy skills. Penn experts reviewed these recordings and provided feedback to the clinicians on areas of relative strength and weakness, followed by suggestions for improvement in later sessions. Using a gold-standard measure of Cognitive Therapy skills, 79.6 percent of clinicians (218) demonstrated competency as high as that in clinical trials of Cognitive Therapy, regardless of whether the services were in a traditional outpatient setting, or adapted for other levels of care like brief inpatient stays or short sessions during a school day. Seventy-eight percent of participants endorsed that the techniques they learned would lead to client improvement, and an additional 20% thought there would probably be improvement. More than 91% said that they would refer other clinicians to the training (Creed at el., 2016).

This study is among the first to show that clinicians in such diverse, often under-resourced community settings can deliver high-quality treatment to individuals with a broad range of challenges. Their positive reports of confidence and satisfaction with doing so may also make it more likely that they will keep delivering this high-level of care for the long-haul. Access to evidence-based therapy in community settings has long been sought but too little achieved, and this study demonstrates that we can effectively expand access to evidence-based Cognitive Therapy to thousands of people in our communities who may otherwise have never received it and reaped its benefits.

Research is now underway to examine the staying-power of Cognitive Therapy in community mental health. In other words, now that we know that front-line clinicians can deliver this treatment across such a wide range of settings and clients, will they continue to do so? Preliminary indications are that the answer to this important question is yes. Clinicians from the Beck Community Initiative’s earliest training groups continue to delivery Cognitive Therapy through the current day, nine years later.

Torrey A. Creed, Ph.D. is an Assistant Professor of Psychiatry at the University of Pennsylvania’s Perelman School of Medicine, where she directs the Beck Community Initiative, an academic-public partnership for EBP implementation and research. Her work combines the state of the science in CBT for behavioral health concerns with an innovative approach to the pressing public health need for access to EBPs in real-world settings.

Mor Barak, M. E., Nissley, J. A., & Levin, A. (2001). Antecedents to retention and turnover among child welfare, social work, and other human service employees: What can we learn from past research? A review and meta-analysis. Administration and Policy in Mental Health and Mental Health Services Research, 39(5), 341-352.