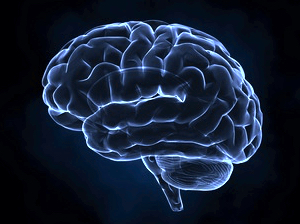 Do Beliefs About Biology Matter for Mental Health? by Kate MacDuffie and Tim Strauman about their newly published article in Clinical Psychology: Science and Practice

Imagine that you have just visited a mental health professional and received a diagnosis of depression.  You have just been given a name for the distressing emotional state which, prior to your appointment, felt confusing and unpredictable.  The clinician goes on to explain that depression is a brain disease, and that your biological wiring, in combination with sufficient life stress, has led you to become depressed. Would you feel better, or worse, after being given a biological explanation for your disorder? As a patient and a consumer, do you want to be informed about the most recent science, about what is happening in your brain? Would learning this information change your beliefs about what has happened to you and why? Would it speed your recovery, or slow it down?  Would it help you prevent future episodes, or might it increase your vulnerability to relapse and recurrence?

In search of an answer to these questions, we reviewed the literature on what happens when people are given biological explanations for mental disorders.  Such explanations have become commonplace in recent decades, due in part to direct-to-consumer advertising by pharmaceutical companies (e.g., “depression is a chemical imbalance”; Lacasse & Leo, 2005) and a shift in federal funding priorities in favor of the notion that mental disorders are “diseases of the brain” (Weinberger & Goldberg, 2014). Although originally expected to reduce social stigma and blame, many biological messages about psychiatric disorders like depression have had the opposite effect (Haslam & Kvaale, 2015; Lebowitz, 2014). For example, when study subjects endorsed a brain (as opposed to environmental) cause for schizophrenia, they rated an affected individual as more likely to be dangerous and less likely to recover (Kvaale, Gottdiener, & Haslam, 2013). Similarly, subjects who were given fictitious test results indicating that their depression was caused by an imbalance of the neurotransmitter serotonin (which, in reality, cannot be detected by laboratory tests and would be ineffectual for diagnosing depression; Krishnan & Nestler, 2010) reported less confidence in their ability to control negative moods and less hope for recovery compared to a group who received “normal”  neurotransmitter test results (Kemp, Lickel, & Deacon, 2014). It seems, therefore, that emphasizing the biological or genetic basis of a disorder like depression may have the unintended effect of worsening social stigma and pessimism for recovery.

Our review of the literature revealed a fundamental error in the biological messages given in these studies, however:  by portraying biology as a fixed entity, which confers illness or vulnerability status on some but not others, these messages actually violate a key principle of systems biology.  Biological systems—from the level of molecules all the way up to ecosystems—almost universally have some mechanism for adaptation or reaction to changes in the environment (Bateson et al., 2004). That is, emerging research on brain plasticity and epigenetics is creating a picture of the disordered brain as anything but fixed.  Rearing environment, exposure to stress, medications, and even diet all can influence the inherently malleable brain circuits involved in psychiatric disorders (Bale et al., 2010). Even genetic risk is changeable—epigenetic changes that alter gene expression, but not the underlying DNA code, provide a mechanisms through which experience can change an individual in meaningful and dynamic ways (Krishnan & Nestler, 2010). Communicating these biological truths to patients in the context of mental health diagnosis, paradoxically, may have the unique power to shift beliefs away from stability and stereotype, and towards a potential for change and adaptation.

We have proposed a model for presenting biological information in a way that discourages reductionist stereotypes and encourages personal agency.  By focusing on an individuals’ beliefs about their own biology—their auto-biology—clinicians and scientist can use what we know about the inherently malleable nature of biological systems to encourage patients to take an active role in their treatment. Biological information could be employed to help an individual frame their disorder as something that is internal, unstable (i.e., malleable), and potentially controllable.  Such information could be delivered via standard psychoeducation, or perhaps more powerfully through visual demonstration of a biological system in action (e.g., biofeedback or neurofeedback approaches).  The goal of this approach is to increase self-efficacy—the belief in one’s ability to influence outcomes—and encourage change in clinically-meaningful behaviors, whether that be to seek treatment, engage in treatment, or employ existing therapy strategies.

Our proposed model awaits testing in further research, but establishes a starting point for interventions that aim to change beliefs about the biology of psychological disorders. Whether delivered in the context of a laboratory experiment, or in clinical interactions between patient and provider, auto-biological messages have the potential to powerfully shape the attitudes and behavior of patients struggling with mental illness.  Such an individual is unlikely to seek or engage in treatment if he or she believes that the treatment is incapable of correcting underlying biology. Therefore, treatment outreach should be accompanied by efforts to educate patients that experience—including psychotherapy—can change the brain. By portraying biological systems as responsive to experience rather than fixed, we can achieve scientific accuracy as well as convey optimism. Ultimately, a realistic understanding of the role biology plays in mood and behavior should be disseminated beyond the circles of academia and harnessed to correct maladaptive believes and improve mental health outcomes for the patients we serve.

MacDuffie, KE & Strauman, TJ. (In press). Understanding our own biology: the relevance of auto-biological attributions for mental health. Clinical Psychology: Science and Practice.

Kate MacDuffie is a doctoral candidate in clinical psychology at Duke University. Her research focuses on how individuals understand their own biology, and how clinicians and scientists can communicate information about biology to motivate engagement in mental health interventions. She is currently completing her clinical internship at University of California San Diego/VA San Diego Healthcare System.

Tim Strauman, PhD is Professor of Psychology and Neuroscience at Duke University. He has dedicated his career to studying how the psychological and neurobiological processes that enable self-regulation are involved in vulnerability to depression and related disorders. He also has engaged in translating self-regulation models of psychopathology into novel treatments and diagnostic strategies.