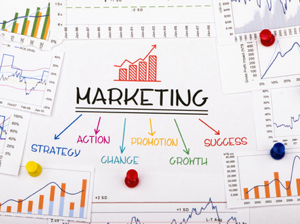 Direct-to-consumer marketing: The next wave of dissemination and implementation?

Most Americans are familiar with the pharmaceutical advertisements that are featured in many forms of media. Many of these advertisements are for psychopharmaceutical interventions, which have recently been surpassing efficacious psychological treatments in outpatient mental health care (Olfson & Marcus, 2010). While traditional dissemination and implementation efforts (e.g., targeted at the provider or organization) have made progress in increasing rates of evidence-based psychological treatments as compared to unsupported treatments (McHugh & Barlow, 2010), they do not directly target consumer-level barriers, such as consumer awareness of or negative attitudes about psychological treatments.

Using a randomized control design, we evaluated the preliminary utility of direct-to-consumer marketing of psychological treatments. Over the course of three weeks, undergraduate participants were exposed to 1 of 4 different commercial campaigns: [1] The “Psychotherapy can help” campaign; [2] The “Psychotherapy works without side effects” campaign; [3] the medication campaign, or “many medications can help you feel better” campaign; or [4] the neutral campaign, consisting of commercials unrelated to mental health. Similar to the manner in which many people see advertisements nowadays, the video advertisements were 30 seconds long and were embedded, along with other unrelated video advertisements, between segments of an online television show. We assessed treatment-related attitudes and intentions on three occasions—at baseline, immediately following the campaign, and 3 months later. Examples of commercials from the campaigns can be found at http://youtu.be/R_V5kx1r0ug. Results showed that participants in the “Psychotherapy can help” campaign had slightly increased reports of intention to seek psychological treatment following their viewing the campaign than participants in other conditions. For participants with lower current symptoms of depression and/or anxiety, the “Psychotherapy works without side effects” campaign was associated with an increased future likelihood to obtain psychological treatments, based on self-report.

1) Given the current funding climate, what are some ways to leverage available resources to educate consumers about psychological treatments?

2) What are some drawbacks to direct-to-consumer marketing of psychopharmaceutical and/or psychological treatments?

Kaitlin Gallo, Ph.D. is a Staff Psychologist in the Anxiety Mastery Program at McLean Hospital and an Instructor at Harvard Medical School. She earned her Ph.D. in clinical psychology from Boston University, completed her clinical residency at NewYork Presbyterian Hospital/Weill Cornell Medical College, and completed postdoctoral training at the Child Study Center at NYU Langone Medical Center.