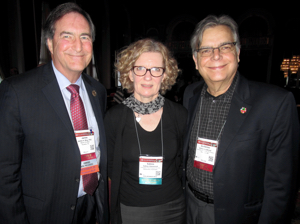 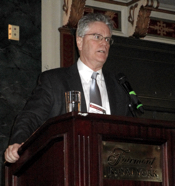 The APA meetings in Toronto are now a part of history. I would say that the Division activities were all outstanding. I would like to thank all of those involved in the preparation and the implementation of the many events for which we took the lead.

Our Conference Chair, Denise Sloan, Ph.D. of VA Boston & Boston University did an excellent job assembling a large group of Early Career Psychologists to staff the Committee. They all did wonderful work. I am deeply appreciative of the time they dedicated to making our programming so strong. Sharon Berry, Ph.D., our Awards Ceremony and Reception Chair, did a great job for us in heading this group of Early Career Psychologists to plan the events. The Ceremony and the Reception were exceptionally well attended and they were a lot of fun. Thanks so very much to this organizing group for their efforts on our behalf. And, congratulations to all ten of our sterling award winners.

Although Tara Craighead, our Administrative Officer, could not attend the meetings in person, she was totally involved and invested in their success both prior to and during the meetings. A steady stream of emails and texts kept me moving things along in the right directions. Thanks, Tara!!

The Society of Clinical Psychology Town Hall Meeting, called to speak to the members about the Hoffman Report, was very well attended for an impromptu event. At least 45 members came to speak, to listen, and to interface with the leadership of SCP and our Council Representatives. I need to thank Kenny Shay for all he did for our group that Saturday morning. Many different perspectives were represented and ideas shared. It was a great hour. Thanks to all of you who attended and to Dave Smith for having the important documents at his fingertips.

I attended as many SCP sessions as l could during the meetings and I was thrilled with attendance at the invited lectures and the symposia. Dave Barlow and Steve Hollon’s lectures were standing room only. Several symposia were SRO too. This is a great tribute to the quality of the work by our members and to the conference committee’s astute judgment as to what would appeal to attendees. 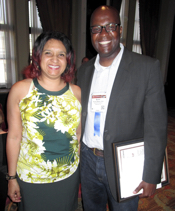 In all, I must say that I was very pleased with the meetings as a whole from a professional and academic perspective. I was most pleased, however, with the tone of the dialogue regarding the Hoffman Report. Nadine Kaslow, Ph.D. and Susan McDaniel, Ph.D. who led the APA wide Town Hall did a masterful job in responding to the disparate views and perspectives in the more than 100 minutes of comments, questions, and answers. We all owe them a deep debt of gratitude for their unfailingly good humor, intelligence, and thoughtful orchestration of this exceedingly difficult matter.