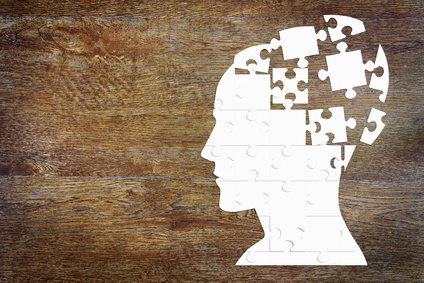 This question had long plagued our lab. To answer this question, one needs to study interventions.  Instead of pursuing our own intervention research, we decided, quite naively, to first look over the shoulder of our colleagues in clinical psychology. After all, clinical psychologists conduct and evaluate interventions all of the time, and we knew that at least a handful of these intervention studies had incorporated personality traits into their outcomes. The naïve part was reflected in our expectation that the amount of literature would be small, so it would not take long to pull together the data. Boy, were we wrong. In the end, we synthesized over 200 studies that tracked changes in personality trait measures over the course of therapy; they were observational, quasi-experimental, and experimental. Few focused specifically on whether personality traits changed; they mostly tended to include traditional and specific personality trait measures along with the typical outcomes studied in clinical research. We even found a handful of studies that were “non-clinical” interventions, which played a significant role in understanding our results.

One of the primary issues raised by colleagues and reviewers was whether the changes were simply state-like changes rather than real personality trait change. Prior clinical work described this as the “state-artifact” versus “cause-correction” distinction. The ideal way to test this distinction would be to track state measures (e.g., depression) simultaneously with trait measures, such as neuroticism, to see if the changes in the former account for the changes in the latter. Unfortunately, the proper data to test this idea were too rare in our meta-analysis to synthesize. To address this issue, we put together a series of tests, none of which were definitive, but collectively could provide some insight into whether traits or states changed. First, we examined the experimental evidence; intervention groups changed more than control groups. Second, we found experimental effects on non-clinical studies; these studies were especially informative because the control groups were not in distress, and therefore there were no placebo or regression to the mean effects. Therefore, all of the changes in the intervention group were both positive and not easily attributed to changes in states. Third, we examined whether the changes faded with time by synthesizing the studies that performed long-term follow-ups well after therapy ended. We found that the changes imparted in therapy lasted for well over a year and showed no indication of fading out with time. Based on these findings, we tentatively argued that, yes, therapy does change personality traits and not just states.

We also addressed additional questions that are pertinent to both clinical and personality psychology. Of course, we were curious to know whether any particular type of therapy was superior, but like much prior work in clinical psychology, we found no strong evidence that specific types of therapeutic interventions worked better than others (i.e., the Dodo Bird Verdict).  This has been the most challenging non-finding for personality psychologists, as, like clinical psychologists, we’d very much like to know how best to go about changing personality traits. Yet the data do not support arguments for the superiority of CBT, psychodynamic, or interpersonal approaches.  Of course, it may be the case that all of these approaches work well enough that they should all be deemed viable ways of changing personality traits.

We also thought it would be pertinent to see if the type of presenting problem played a role in the amount of personality trait change exhibited by patients. There was a clear indication that people suffering from anxiety disorders changed the most and those who were wrestling with substance use problems changed the least, though all groups showed some change.

Finally, we examined a few other factors, the most interesting of which was how the duration of treatment was associated with personality trait change. Based on our estimates, it appears that the lion’s share of change occurred in the first month of therapy and plateaued after three months. For us, this was probably the most significant finding of the study—personality traits not only change as a result of therapy, but do so faster than any conceptualization of personality traits in existence would predict. This by far was the most surprising finding.

We were left with a raft of questions that we are still hoping to address. Before we get to some of those, we would like to note that the data are freely available (https://osf.io/4tys6/), and interested parties are welcome to use the data to address questions we did not ask in our paper. Also, we are conscious of the fact that, despite the large number of studies we synthesized, there are unpublished data sets we did not track down and published ones we most likely overlooked. We would be happy to incorporate any new data and update the findings over time for those interested in pointing these studies out.

The big question that lingers is, what is the active ingredient that leads to personality trait change? We know we are not the only ones who are curious because it seems that this question arises during every related talk or interview.

There is one nagging methodological issue that emerged in our review: The average sample size for these studies was modest, at best (i.e., N = 91). We understand the difficulty in conducting psychotherapy outcome research; in our estimate, it is some of the most difficult research to do. But there comes a time when things need to be done differently especially if the information provided by the modal research design is uninformative. Studies this size are uninformative, especially for something as potentially subtle as whether one type of therapy is superior to another form of therapy. Some of the most optimistic estimates put the potential difference of therapies on clinical outcomes in the range of d = 0.20. To reliably detect a difference this small, one would need a study that started with and kept 400 participants throughout the intervention. One reason we may be unable to identify the active ingredient in clinical settings is that the studies informing that conclusion have been, and continue to be, underpowered and therefore uninformative.

Brent W. Roberts, PhD is a Professor of Psychology and the Chair of the Social and Behavioral Sciences Research Initiative at the University of Illinois. He conducts longitudinal research investigating the patterns and causes of personality trait development. When he can’t answer research questions using raw data, he has been known to use other people’s hard work and data in meta-analytic studies to get the job done. He is currently an AE at Psychological Science and serves on advisory boards for the Health and Retirement Study, the National Academies of Science, and the OECD.  He can be contacted at bwrobrts@illinois.edu or @BrentWRoberts