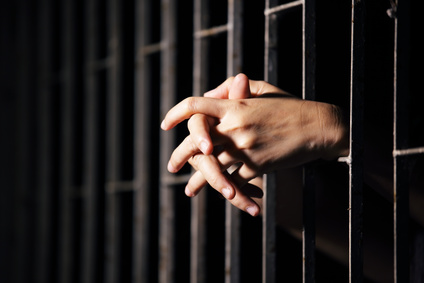 This SCP blog by Karen Slade, Psy.D. correspondents with a new article in the Journal of Consulting and Clinical Psychology titled, “Outcomes of Psychological Therapies for Prisoners with Mental Health Problems: A Systematic Review and Meta-Analysis.

All over the world, people held in our jails and prisons experience far greater levels of mental illness than the general population including PTSD, major depression, psychotic illness and personality disorder (Fazel & Seewald, 2012, Goff et al., 2007; Butler et al., 2006).  Moreover, they are far more likely to die by suicide, to harm themselves and others in prison and to commit another crime on release. With over 10 million people in our jails and prisons internationally (Walmsley, 2013) we require effective psychological therapies for this population, but they are especially complex, with multiple needs, and they are, after all, in the restrictive environment of a prison which brings its own challenges.

The good news is that our recent systematic review and meta-analysis of 37 Randomised Control Trials (RCTs) on psychological therapies for mental health problems in prisons found that some treatment approaches can work.  The most effective approaches being cognitive – behavioural therapy (CBT) and mindfulness-based therapies which both moderately improve depression and anxiety symptomology.  The less good news is this is only the case when compared with prisoners who received no treatment at all.  When the same interventions are compared with prisoners who received a different form of treatment or Treatment-As-Usual, the improvements were less clear. One word of caution –  although outcomes can improve, they struggled to be maintained over the near-term (3 or 6 months) and so treatment approaches must consider ways to improve the near and longer-term retention of gains for prisoners.

Surprisingly, trauma-based therapies show little impact on trauma symptomology – disappointing given the high level of PTSD in prisons (between 4-21%; Goff et al. 2007) although trauma symptoms can be improved as revealed when looking at the combined results of all the different therapeutic approaches.   Therefore, developing more effective interventions for trauma symptoms is clearly a priority area, especially since further trauma could occur whilst in custody, although whether widespread specialist approaches are needed is open to debate.   Our review also considered the use of action-orientated approaches such as music and art therapy but these were more difficult to comment on since they are not widely available, or researched, and although they showed promise, we would encourage further research before we can be confident on their effectiveness.

As we know, there are many ways in which therapies can be delivered.  Consequently, we were also interested in the format of treatment.  Interestingly, few differences were identified – there being no difference in outcome between delivering group or individual therapy, nor for treatment length.  The meta-analysis suggests the message, at least on what we know so far, is that short-term and group therapies may be an efficient method to improve outcomes for prisoners (although clinical factors must still be considered for an individual, particularly acute cases).  This is useful to know since many prisoners only serve short sentences and available psychological resources are variable.

To place this into a wider context, our review confirmed that the outcomes for psychological treatment for prisoners are notably similar to both psychological and pharmacological treatment in the community (Leucht, Helfer, Gartlehner & Davis, 2015),  the effect is much the same, although the benefits for prisoners seem more difficult to sustain over time.  The stronger effect for no treatment/waitlist than active comparisons plus the similarity between individual and group treatment are also markedly similar to community findings (Gaudino & Miller, 2013; Huhn, et al, 2014).

In addition to the numbers, we were also interested in the researcher’s experience in running these studies in prison, so we reviewed the qualitative comments on the implementation of the studies.  These highlighted some useful lessons for both researchers and practitioners.  Crucially, many of the authors report falling foul of prison requirements (e.g. prisoner release or restrictions on methods like video recording) or prison regimes (e.g. ‘lock downs’) which affect their intervention and studies.  This emphasises the importance of not assuming a direct translation from other settings – the need to appreciate the differences in a prison environment, where the focus of their business is justice not health nor research. It also strengthens the call for health, psychology (forensic and clinical), research and prison staff work collaboratively and closely in the design and implementation of studies.

Herein lies another challenge – prisoners are complex and often demonstrate multiple morbidities, notably with substance use and personality disorder at exceptionally high levels.  This creates practical issues in research (for example, how many would be excluded due to co-morbidity?) and experience advises against the direct application of pure methodologies to this applied setting.  Connectedly, attempts at direct translation of services from community settings to prison have also previously encountered major issues by not accounting for this complexity (e.g. Forrester et al., 2014) and it is important to develop an evidence-base which has been adapted, or developed specifically, to work in a prison setting and with this complex population.

Nevertheless, there is evidence that psychological treatments can run well in prisons.   It is notable that large-scale psychological treatment programmes that are specifically designed for prisoners have been delivered in many countries for decades. These programmes are designed to address a range of offending needs and some of these may hold promise for mental health problems where there is overlap with offending needs, such as addressing emotional management. However, few RCTs have been conducted on these offending interventions and there may, perhaps, be a case for including mental health outcomes in future evaluations. Our review suggests this may be an encouraging avenue since many of these offending interventions are based on CBT and include mindfulness-based approaches and successfully run within prisons – a case for greater collaboration and integration.

Psychological therapies based on CBT or mindfulness approaches can improve mental health outcomes for prisoners when compared with providing no intervention.  The strength of the improvement is similar to that seen in the community, although more difficult to sustain and so developments are clearly needed.  Greater joint working between justice, psychologists and health professionals may provide fruitful avenues for both outcomes and research fidelity.

Dr. Karen Slade is an Associate Professor in applied forensic psychology currently based at the Department of Psychology at Nottingham Trent University.  She conducts research into self-harm, violence and suicide and improving mental health in the criminal justice system.  She is a HCPC Registered Forensic Psychologist in the UK and has practiced as a forensic psychologist in prisons for over 20 years.