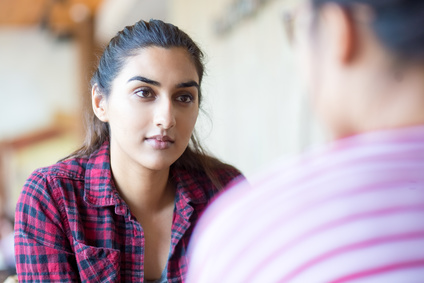 Although psychotherapy has been in existence for over a century, the field has struggled to build upon research findings with consistent, accumulating evidence. One reason for this problem may be because we have had the tendency to place greater emphasis on what is new at the expense of what has been done in the past. This tendency to overlook past research, coupled with several paradigm-shifts in research aims and methodology, is problematic because it ultimately results in a rediscovery of past findings, which undermines progress. To exemplify and rectify this issue, we aimed to recover a stand-alone transdiagnostic treatment that largely disappeared from the literature when research shifted away from focal, dimensional and clinically relevant problems to using treatment packages to treat DSM disorders.

During the 1970s and 1980s, assertiveness training occupied a prominent role within clinical behavior therapy.  Assertive behavior was defined as any action that reflects an individual’s own best interest, including standing up for oneself without significant anxiety, expressing one’s feelings comfortably, or exercising one’s own rights without denying the rights of others. Therefore, unassertive behavior, as seen both within clinical settings and from research findings, reflects individuals’ difficulties in standing up for themselves–expressing their wants or needs, thoughts, and feelings.  We can think of assertiveness as being along a continuum, whereby assertiveness problems can manifest as excessive agreeableness (i.e. submissive/unassertive) or excessive hostility (i.e. aggressive). Thus, rather than being submissive or aggressive, the goal of assertiveness training is to help clients become better able to verbalize what they want in various life situations. In a way, assertiveness training, which uses a variety of cognitive-behavioral techniques, can be conceptualized as a component of social skills training, which broadly aims to help individuals reduce any anxiety-based inhibitions and learn specific skills to develop more competent social functioning.

Starting in the 1960s, there was considerable basic research evidence linking unassertiveness to specific clinical problems, as well as findings from outcome research indicating that assertiveness training can actually have a positive impact on various clinical symptoms.  Overall, early basic research supports the notion that assertiveness is inversely correlated with both specific clinical problems, such as depression, anxiety, and comorbid diagnoses resulting in serious mental illness, as well as with clinically important transdiagnostic variables, such as self-esteem, and relationship satisfaction. Moreover, treatment outcome research indicates that targeting assertiveness through behavioral (e.g., behavior rehearsal) and/or cognitive means (e.g., cognitive restructuring) increases assertive behavior, decreases symptoms of depression and anxiety, and improves self-esteem and relationship satisfaction. All of that supports the utility of assertiveness training as an important stand-alone clinical intervention.

Although a one-time core intervention, assertiveness training has experienced a dramatic decrease in the clinical and therapy research literature. Between the years 1967 – 1999 a PsycINFO search of “assertiveness training” yielded 762 articles, approximately 23 publications per year. From 2000 to the present, the same search yielded a total of only 181 articles, or roughly 11 publications per year. This decrease is particularly noteworthy, as it occurred while growth rates in publication across scientific fields has increased at an estimated rate of 8-9% over the years.

Figure 1. The number of citations published per year, in 10-year increments, from 1967-present. Citations were obtained from PsycINFO using the search term “assertiveness training”

As seen in Figure 1, although there were several decades of a rich clinical and research literature on the therapeutic applications of assertiveness training starting in the 1960s, this began to change in the 1980s. It was at this point that the NIMH moved away from a psychosocial model that focused on specific psychological problems and adopted more of a medical model to treating psychological problems, construing psychological problems more as disorders.  With this shift, its funding priorities moved away from research on assertiveness and other transdiagnostic variables (e.g., perfection, and procrastination), and instead placed the priority on research that focused on DSM-disorders.

Although work on assertiveness training declined significantly in the literature, it continued to be present in the background, referred to with different names and as a part of larger treatment packages, typically developed for the treatment of specific psychiatric disorders. For example, in Linehan’s use of dialectical behavior therapy for patients with borderline personality disorder, interpersonal effectiveness training focuses on situations where the objective is to change something (e.g., requesting that someone do something) or to resist changes someone else is trying to make (e.g., saying no). The skills taught are intended to maximize the chances that a person’s goals in a specific situation will be met, while at the same time not damaging either the relationship or the person’s self-respect. In addition, committed, value-based actions are a core component of Acceptance and Commitment Therapy, which involves the person identifying and participating in behaviors that are consistent with their goals and values, despite fears of failure or negative evaluation. Notably, both of these “third-wave” CBT therapies have become extremely popular and well regarded, although the presence of assertiveness training within these manualized treatments has been overlooked.

There are important issues to consider when assertiveness training exists as merely a part of a larger treatment package, under a different name, and for the treatment of a specific DSM disorder. First, despite the evidence for its effectiveness assertiveness training is likely to be less recognizable as an important stand-alone intervention, because it is part of a more comprehensive manualized treatment package.  In addition, the co-occurrence of clinical problems (e.g. anxiety and depression) are likely to be viewed as comorbidity, as opposed to being included in an individualized case formulation which deals with the functional relationship between anxiety and depression. Further, when the name of a clinical problem (e.g., unassertiveness) or an intervention (e.g. assertiveness training) is changed, the consequences of the name change is that past clinical and research contributions are lost in literature searches.

Given the limitations of treatment protocols designed to target heterogeneous diagnostic categories, the argument has been made that future research and treatment should focus on the client’s individual characteristics that may contribute to their symptoms. Consistent with this view, the NIMH Research Domain Criteria initiative (RDoC) has transitioned funding priorities away from research based on DSM diagnoses towards more basic psychological constructs. In this context, assertiveness is a promising target for further study, as it is clearly a dimensional construct that is relevant to a variety of psychological issues within healthy and disordered populations. In addition, assertiveness training involves the assessment and modification of emotional, cognitive, behavioral, motivational, and social processes, all of which have been identified as key domains for further investigation under RDoC.

Given its promise as a potential mediator/moderator of varying clinical symptoms, unassertiveness is clearly a variable warranting future research, including the investigation of how assertiveness difficulties in childhood and adolescence may indicate a vulnerability for the development of a variety of clinical symptoms—such as anxiety, depression, relational problems and self-efficacy. It is our hope that future research within this framework can investigate the efficacy of assertiveness training as a preventive or early intervention for individuals identified as high-risk for psychological problems.

Brittany Speed is a Clinical Psychology Ph.D. candidate at Stony Brook University. Before attending Stony Brook, she obtained her bachelor’s degree from the University of British Columbia in psychology. Her clinical and research interests include understanding in the role of dimensional, transdiagnostic factors, such as emotion dysregulation and personality, in the development and maintenance of clinical problems.

Brandon Goldstein is a Clinical Psychology Ph.D. candidate at Stony Brook University. Prior to attending Stony Brook, he graduated from the University of Maryland, College Park with a bachelor’s degree in psychology. Brandon is interested in etiological markers of internalizing disorders and how markers manifest depending on clinical presentation and developmental periods.

Marvin R. Goldfried, Ph.D. is Distinguished Professor of Psychology at Stony Brook University.  He is a diplomate in clinical psychology and recipient of numerous awards from various professional organizations.  He is founder of the journal In Session: Psychotherapy in Practice and author of numerous articles and books. Dr. Goldfried is cofounder of the Society for the Exploration of Psychotherapy Integration (SEPI), founder of AFFIRM: Psychologists Affirming Their Lesbian, Gay, Bisexual and Transgender Family (www.sunysb.edu/affirm), and founder of the Two-Way Bridge Between Research and Practice (www.stonybrook.edu/twowaybridge).